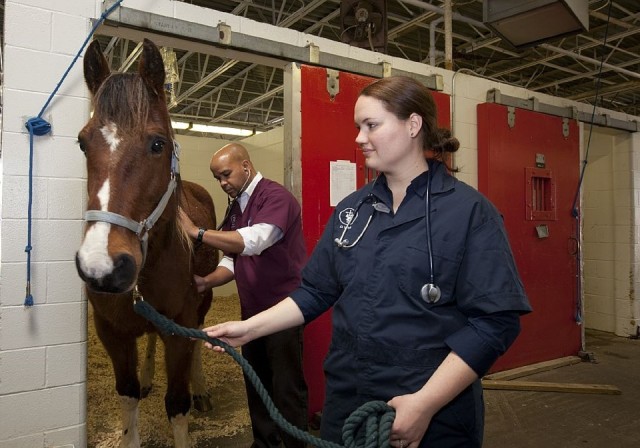 Pennsylvania seeks to cut $30 million in funding to PennVet.

New Bolton Center of Kennett Square, Pennsylvania has long been respected as one of our nation’s finest large animal hospitals, seeing over 4,000 patients each year at the hospital and 36,000 on farm calls. A large part of its patient base is equine, and the name New Bolton has become synonymous with the best care available for emergencies, therapies and procedures. The academic hospital is part of the University of Pennsylvania School of Veterinary Medicine, commonly referred to as PennVet.

New Bolton became a household name when the ill-fated Barbaro, a heavy Triple Crown favorite in 2006,  shattered his right hind leg in the Preakness Stakes. The veterinary team at New Bolton Center was able to miraculously repair the leg, which had broken in more than 20 places, and Barbaro began to heal against all odds. Unfortunately, supporting-limb laminitis ultimately forced the eventual euthanasia of the horse. The horse’s story became an inspiration, as well as a testament to the incredible skill of the equine surgeons at New Bolton.

Both high-profile patients and everyday horse owners rely on New Bolton for high-quality veterinary care, especially in a state that counts agriculture as its largest industry. PennVet estimates that two-thirds of its graduates remain in Pennsylvania to practice; PennVet is Pennsylvania’s only veterinary school.

Despite the benefits of New Bolton Center, as well as PennVet’s small animal practice Ryan Veterinary Hospital in Philadelphia, not to mention the clear benefits of the school itself, the proposed Pennsylvania budget for fiscal year 2018 includes a full cut of funding to PennVet, to the tune of about $30 million. Reportedly, Governor Wolf is attempting to close a state deficit of $3 billion through government cuts and reforms.

PennVet released a statement in response, which is reprinted here in full:

The students, faculty and staff of the University of Pennsylvania recognize the severity of the Commonwealth’s budget challenges. The Governor’s proposed budget does not include the annual appropriation that supports clinical services, research and scholarship at Penn’s School of Veterinary Medicine. This is an opportunity to expand awareness of the Vet School’s historic partnership with the Commonwealth, which was designed to protect the health and safety of the citizens of Pennsylvania and its largest industry, agriculture.  Funding from the Commonwealth ensures the Vet School’s ability to deliver life-saving services at its two animal hospitals, advance research programs that support the agricultural industry, and maintain our commitment to developing and growing the veterinary profession.

The Vet School is essential to the success of the statewide agriculture community. The School is a major contributor to maintaining the viability, health and profitability of our state’s diverse and economically important livestock and poultry industries. During the 2015 budget impasse, which occurred during the most recent national Avian Influenza outbreak, Penn Vet played a critical role, conducting over 70,000 tests to check the costly spread of disease.

For more than 100 years, the Commonwealth has recognized the significant contributions that Penn Vet, Pennsylvania’s only veterinary school, commits to the state’s prosperity. Today, 40% of Penn Vet’s students are residents of Pennsylvania, and two-thirds of its graduating students remain in Pennsylvania to practice. There is a practicing Penn-trained veterinarian serving in almost every county in the Commonwealth.

We understand this is the beginning of important budget discussions and look forward to illustrating the full value of Penn Vet to Governor Wolf and the General Assembly.

The proposed budget cut would not only affect Pennsylvania horse owners who utilize New Bolton Center, but horse owners in surrounding states, as well as defunding research. Research hospitals such as New Bolton Center are expensive to run, and contrary to the beliefs of many individuals debating this issue on social media, veterinary bills and student tuition are not enough to keep the entire PennVet program running.

We will continue to monitor this story. Go riding.