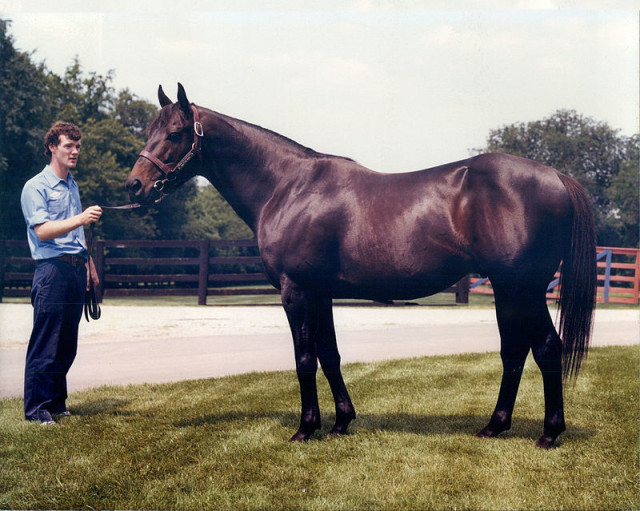 In honor of Seattle Slew’s birthday, we’re taking a look back at his 1977 Triple Crown success!

Seattle Slew has earned his place in the history book of American Thoroughbred racing — he conquered the 1977 Triple Crown as the only winner to come in with a perfect record. Typically a front-runner, Seattle Slew faced fresh rivals in each leg and blew them all away. He did suffer a loss at the end of his three-year-old season but was named Champion Three-Year-Old as well as Horse of the Year for 1977.

Early in his four-year-old season, Seattle Slew battled a life-threatening collapsed jugular vein and came back for another strong season, earning multiple stakes victories as well as the Champion Older Male Horse title. Seattle Slew went on to an outstanding career at stud, standing at Spendthrift Farm and Three Chimneys Farm. He was named Leading US Sire in North America in 1984 and the leading broodmare sire the following year. His legacy lives on best perhaps through his well-known son A.P. Indy.

Seattle Slew died in his sleep at the age of 28, exactly 25 years to the day after winning the Kentucky Derby.

Take a look at his Triple Crown victory:

Happy birthday, Seattle Slew — may your memory live on!