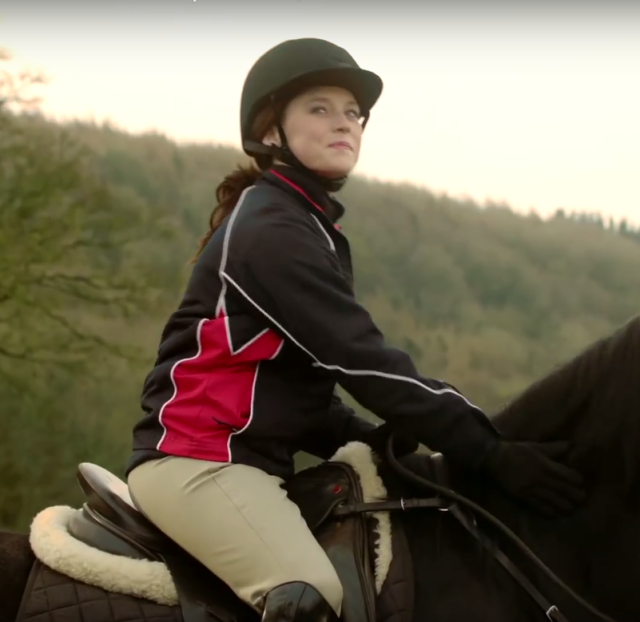 As told in GIFs.

It is always exciting to see an activity as niche as horseback riding presented on a mainstream platform, so when Nickelodeon’s new show Ride was brought to my attention, I knew I had to check it out. The show centers around high school-aged American girl Kit Bridges, played by Kendra Leigh Timmins, and her father Rudy Bridges, played by Mike Shara, as they navigate their new life at Covington Academy, where Rudy has recently become the equestrian director. Take a peek at the trailer.

Now I’m sure as most of you are aware, there are common themes that seem to pop again and again when it comes to horse-centric movies and TV shows. Ride is no different, so I decided to use some of the more common tropes to describe the show and its characters.

A girl with a certain disregard for the rules: Our main character, Kit, isn’t like everyone else. She has her own way of thinking about the world and that winds up being **gasp!** a strength?

The snooty girl who is a technically proficient rider, but her heart isn’t truly in it: Elaine is the best, and she doesn’t want you to forget it. The consummate suck up, she is always seeking validation of authority figures, and I pity the fool who tries to knock her off her …ehem… high horse. (Thank you very much. I’ll be here all week.)

The cowboy who knows everything there is to know about riding:  Kit’s father, Rudy, is your classic American cowboy, and that is exactly why he was hired by Covington to coach the eventing team. Wait…what?! I guess William Fox Pitt wasn’t available.

The mention of dressage to portray “street cred” followed by exactly zero scenes of anyone actually riding dressage, because seriously, no one wants to watch dressage. (Please send all hate mail to Kristen Kovatch): In an episode entitled Dresses and Dressage a good portion of the episode is spent discussing just how fancy dressage is only to conclude the episode with a show jumping competition.

I get it. I’m a dressage rider, and yes I’m fancy as heck, but I understand that a perfectly ridden half-pass might not get the heart of your average non-horsey person pumping with excitement.

The wild horse that only the main character understands: In the very first episode, Kit meets TK, a dangerously crazy horse that some how wound up in a high school riding program. No one can figure him out until Kit comes along. Oh yeah. Did I mention Kit doesn’t ride and is generally terrified of horses?

Is Nickelodeon’s new, horse-centric show, Ride, full of inaccuracies, unrealism, safety hazards, and tired horsey tropes? You bet it is!  Is it the it the fun, comfort food of TV escapism so many of look for in equestrian shows? Absolutely! I will most definitely be along for the Ride.

Biz Stamm is a horse trainer/mad scientist who enjoys spending her free time running like a gentle breeze in the Oregon foothills.  Specializing in starting young horses under saddle at Stamm Sport Horse LLC, she brings the analytical approach she has acquired while working in laboratory to her training. She current owns two horses: the Kalvin Cycle (Kalvin). a 10-year-old half-Arabian gelding, and DB’s Alpha Helix (Helix), a 5-year-old Kiger mustang gelding.  While she is currently pursuing competitive goals, her main goal is to enjoy her horses, and for her horses to enjoy her.