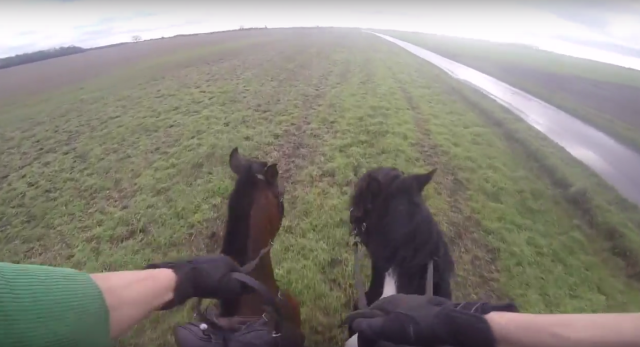 Roman riding is challenging enough on its own — watch this guy take his pair cross-country!

Roman riding is the art of riding a pair with one foot on each horse’s back, sometimes controlling as many as four or even six horses in light harness on long lines. It’s commonly seen now in the circus or entertainment realm, and Roman riders are always looking for new ways to push the envelope a little further.

Benjamin Atkinson of Atkinson Action Horses demonstrates the great rapport he has with some of his steeds in this helmet cam video as he Roman rides his pair for a little cross-country canter, no fencelines in sight!

Atkinson Action Horses is a UK-based performance company, performing live shows as well as training horses for film and television. Currently on their list of projects are the television programs Poldark, Victoria and Peaky Blinders to name a few.

Learn more about Atkinson Action Horses at their website!