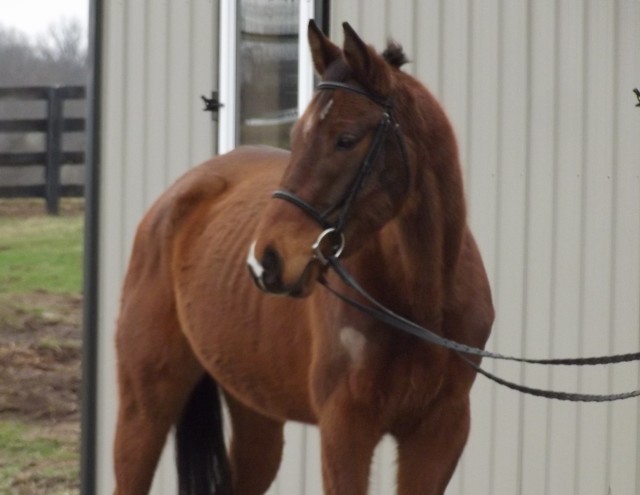 We were grieved to learn of the loss of one of our featured RRP horses.

Earlier last week we introduced you to five of the ten riders we would be featuring in our Retired Racehorse Project Showcase over the next few months, one of which was Amy Lent and her inspirational underdog Becks Mill.

“Beck” was in need of a second chance after being passed over by many potential adopters due to some track injuries that would follow him into his next career. Amy brought him home with the intentions of bringing him along as a resale project, however his quiet disposition and try-hard personality led her to give him the opportunity to show off his potential as her RRP mount in the Freestyle division.

Beck began suffering from colic-related complications early on Sunday morning, treated by a veterinarian and later sent for surgery. Unfortunately, Beck passed away on the table during his surgery.

We at Horse Nation would like to express our condolences to Amy and her equine family at this time. Losing a horse is similar to losing a friend or family member and we want to share our sincerest sympathy to this amazing horsewoman who took a chance on a horse that no one else would give a second look glance. Beck had the best life a horse could have had while he was with Amy and we would appreciate if all of our readership could take a moment to send healing thoughts Amy’s way during this difficult time.

Our deepest condolences go out to Amy upon the loss of her RRP Mount, Becks Mill. Photo by Elaine Eddy