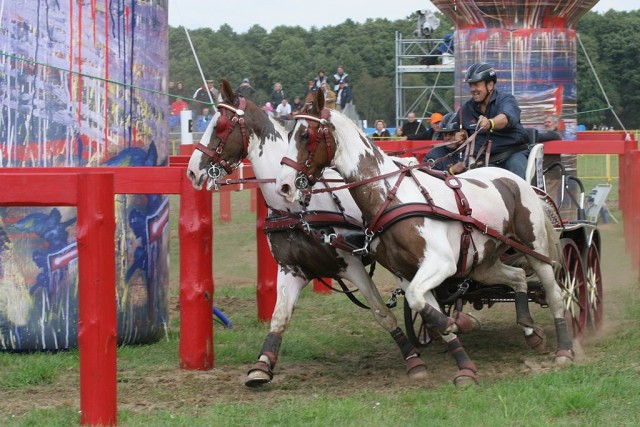 The announcement came on Friday, January 20 and is effective immediately. US Equestrian cites ADS-requested exceptions to recognized affiliate responsibilities as the reason for the termination of a 40-year affiliate relationship.

The driving world was stunned to learn on Friday, January 20, 2017 that the newly-rebranded US Equestrian or USE, formerly United States Equestrian Federation or USEF, had decided to no longer recognized the American Driving Society or ADS as an affiliate association.

US Equestrian works with specific recognized affiliate associations both at the international discipline level and the national breed and discipline level, understanding that affiliates “play an important role in representing, shaping, and fostering growth within their respective breeds/disciplines” (as stated on the US Equestrian Recognized Affiliate Association web page). Affiliation is viewed by US Equestrian as a two-way street, allowing the associations to reach new audiences while USE helps ensure that rules are fair and safe while still allowing for enjoyment of the breed or discipline. All affiliate rules are approved by the USE Board of Directors.

USE notified ADS in a letter on Thursday evening, January 19 that ADS would no longer be recognized as an affiliate association. According to the letter, the USE Board of Directors held a review of the affiliate relationship and the formal Recognized Affiliate Agreement, which had been submitted as a draft after a meeting at the 2016 USEF Annual Meeting.

Upon review, the USE stated:

After considerable work with the ADS to reach an agreement whereby the ADS fulfills its Recognized Affiliate responsibilities to the sport of Driving, the draft agreement continues to include requests for substantive exceptions that the USEF cannot accommodate.

Because of these exceptions, which are not detailed in this letter, the ADS is no longer recognized as an affiliate association with the USE.

The ADS published a statement in response on its own website on Friday, January 20, stating that the ADS had not been granted the opportunity to attend the USE review nor invited to speak with the Board of Directors or new USE leadership. Stating concerns “about the lack of due process in this decision,” the ADS maintains that it was not informed by the USE of specific concerns or invited to be part of the discussion, defending that ADS is not even aware of what “substantive exceptions” the USE might be referring to.

As described by ADS:

Some time ago, the then USEF requested that ADS craft a new affiliate agreement and that ADS provide a team to work with USEF in drafting such a document. While we were surprised to learn that no template existed, members of our Board worked many hours to bring that process to a conclusion and most recently provided USE with an outline of the major issues that had been addressed during this process. All members of the negotiating team were in agreement on all of these issues save the licensure of officials who act as judges or technical delegates at ADS only (non-USEF) competitions in Combined and Pleasure Driving. The ADS feels strongly that our unblemished record of more than 40 years of providing this function and substantially all the training for both ADS and USEF officials should continue. The discussion document noted that USEF staff had stated a strong preference for the licensure activity to be the sole purview of the USEF. At no time were any lines drawn or ultimatums given by either party, at any forum, to which we were invited by USEF.

The ADS pledges to continue its promotion and programs for the sport of driving, seeking no change to the level of competition, education or organization despite the loss of affiliate status. We will continue to follow this story if further statements are released by either the USE or ADS.

To read the full statement by the American Driving Society, click here. This link also includes a downloadable PDF of the original letters from US Equestrian to ADS, USE Carriage Pleasure Driving Committee Members, USEF Competition Managers and USEF driving officials.