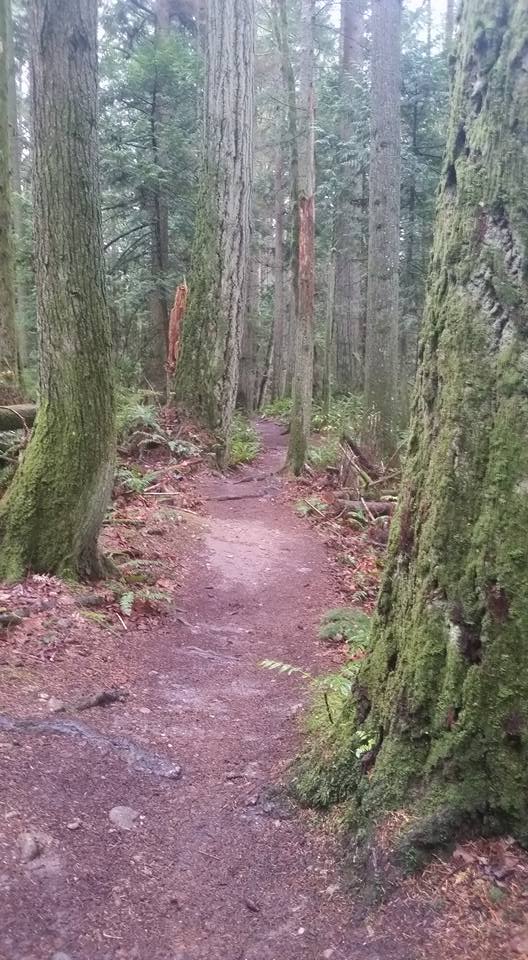 Aside from the obvious fitness benefits, there are plenty of other lessons to be drawn from long distance trail running. Biz Stamm draws on her own experience to find the parallels.

Like every horse-obsessed person out there, I frequently draw parallels between the non-horsey aspects of my life and my equestrian pursuits. As I’ve become a more serious trail runner, I’ve come to discover many lessons, aside from the oh-so-obvious “being fitter will make you a better runner/rider” that I can apply to riding and competing. I’m writing this introductory paragraph last, as I frequently do, and I gotta say, I’m feeling pretty darn insightful as I finish this post. Wait. No. That’s just the caffeine beginning to take effect. Anyways, I hope what I’m sharing is useful to you regardless of whether or not my feelings of insightfulness are caffeine-induced.

Now I will admit, until recently,  I didn’t think this was the case for riding. Anyone who has ever learned to ride, or trained a horse for that matter, understands that progress in relationship to effort never feels like a completely linear relationship. It feels a bit more like a wild roller coaster ride complete with peaks, valleys, and big, dramatic drops, but if you are diligent, and continue to work hard despite the intermittent plateaus and regressions, you will soon come to realize that the overall trend line is headed in an upward trajectory.

The roller coaster that is learning how to ride. Image created by Biz Stamm

So maybe not the best r-squared value, but the important part is the upward trajectory of the trendline! Image created Biz Stamm

2. You will only improve and grow if you are willing to push yourself outside your comfort zone.

Running through the coast range foothills in Oregon has given me no choice but to run hilly terrain if I want to avoid the drudgery of running on the road. Initially, running up all of those hills was an incredibly difficult task guaranteed to leave me breathlessly cursing the running gods at the top of every peak, but after several months of regular training, those hills became a comfortable part of my routine. Several months later I found that while I could easily get up hills, my pace wasn’t improving. I had settled into “comfortable.” I was maintaining my level of condition, but by continuing to fall into a comfortable pace, I was failing to improve.

After coming to this realization, on my next run I made a conscious effort to move at a faster pace up hills. It was hard. My legs burned, my lungs labored, and my heart pounded. I couldn’t maintain the faster pace for that long, but after less than a month of making a point of being a little uncomfortable on each run, my pace had improved by nearly 30 seconds per mile.

Not surprisingly, I had a similar mindset when it came to riding.  I would frequently find myself avoiding a particular exercise because I tried it once, and it was really hard! [Hands on hips frowny face.] I’d convince myself I just wasn’t ready to ride the exercise and slink back to my comfort zone. Once I was able to embrace the struggle a bit, accept the fact that it was going to be hard, and it sure as heck wasn’t going to be perfect right off the bat, it made it easier for me to consider one or two strides of correct work a success. It showed me there is a huge spectrum between “I can’t” and mastery, and every shade in that spectrum is colored by hours of work behind them.

When the uphill battle becomes walk in the park, move on to steeper hill. Photo by Biz Stamm

3. Competitions are places where people with a shared passion celebrate the results of their training.

The first time I entered a race, I was blown away by how supportive the other runners were. There was so much high-fiving and camaraderie that an onlooker might assume that everyone there knew one another, but that wasn’t case. Despite most people being complete strangers, we were all aware of the early mornings, late nights, long hours, and endless miles our fellow competitors had put in to be there — just like us. We were doing this thing that we had all worked so hard for. We were doing it together, and that was pretty freaking awesome.

I think competitions can be so stressful for us equestrians because we see our fellow competitors as the “competition.” Right now you’re probably thinking, “Um… well aren’t they?” Unless you’re a high performance rider vying for a spot on a national team, and let’s face it, most of us aren’t (myself included), whether you walk away with a blue ribbon, or red ribbon because the girl on the stunning Dutch gelding scored a couple points higher than you is pretty irrelevant in the grand scheme of life. I started approaching horse shows with the same attitude with which I approach races, and was pleasantly surprised to find many other riders sharing the same, positive sentiment.  That was incredibly helpful in the high five and camaraderie department!

4. Creating a training program tailored to your specific goals will lead to greater success.

The first, big trail race I entered was a half marathon in an Oregon State Park. I’d like to point out that running on the road and running on the trail are different beasts that require different things out of your joints and soft tissue. Trail running requires you to develop joints that are equal parts flexible and tough to cope with the uneven terrain, while road running requires you to develop joints of steel to deal with the constant pounding on a hard surface.

Geographically speaking, I’m pretty ideally located for the trail running lifestyle. I have miles and miles of trails within a ten minute drive from my house, and even some right out my back door, so I was able to easily train for my trail race by actually running on trails. Not everyone is quite so lucky. I could tell which runners had not put the time in on the trails. They were the ones limping a long after they had rolled an ankle, or worse yet, the ones being carried off the course by friends. They had trained, but for the wrong job.

So the way this applies to riding is a bit more indirect than the previous examples. While equestrians are quite good are practicing their specific disciplines on a regular basis, we sometimes fail to practice our discipline of choice in new and different settings. Guess what! Competing is riding your discipline of choice in a new and different setting, so if your goal is competing, making frequent trips to school away from home will make the whole competition experience much less stressful for everyone involved.

5. Some addictions aren’t worth kicking.

If you are reading this, chances are you understand what it means to be dying for a horse fix, and you likely have a family member that is searching for the local Horsanon chapter. Running has a similar addictive quality. The runner’s high is no joke, and those running-induced endorphins will leave you itching to hit the trails again sooner rather than later. The thing about these two particular addictions is that instead of taking away from your overall quality of life like many addictions do, they add to it, so embrace the fact that your life-enriching obsession is part of who you are.

Biz Stamm is a horse trainer/mad scientist who enjoys spending her free time running like a gentle breeze in the Oregon foothills.  Specializing in starting young horses under saddle at Stamm Sport Horse LLC, she brings the analytical approach she has acquired while working in laboratory to her training. She current owns two horses: the Kalvin Cycle (Kalvin). a 10-year-old half-Arabian gelding, and DB’s Alpha Helix (Helix), a 5-year-old Kiger mustang gelding.  While she is currently pursuing competitive goals, her main goal is to enjoy her horses, and for her horses to enjoy her.