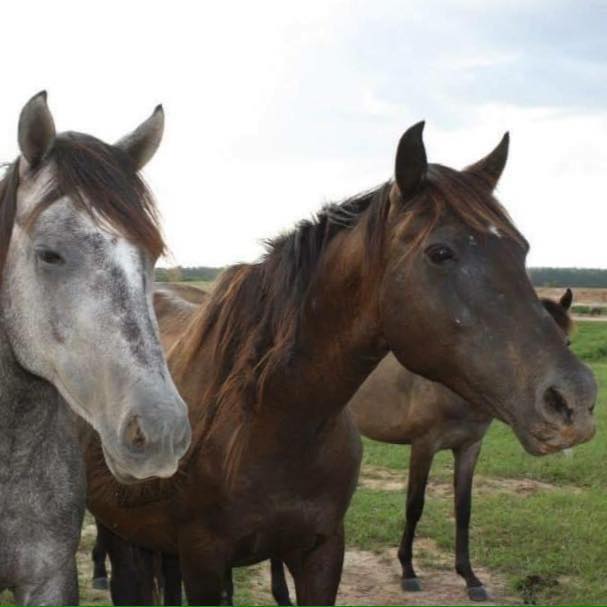 An advocacy group filed suit to stop the removal process.

Advocacy group Pegasus Equine Guardian Association, or PEGA, has filed a federal lawsuit to attempt to halt the United States Army’s plan to remove the free-roaming horses that wander Fort Polk of Louisiana. The horses roam property of the fort as well as Kisatchie National Forest. According to PEGA, horse activity has been documented in the area since the 1600s through early settlers and trading with native tribes, and by the mid-1800s, large herds grazed on unfenced lands in the area.

The US Army used members of these herds for remount horses, and domesticated horses were sometimes released to join wild numbers as well. The total herd is estimated at about 700 horses; PEGA notes that there are two sub-groups with one small group likely representing the “true” wild horses descended from original Spanish stock since the 1600s, and a group closer to the fort and training areas that is likely comprised of recently-dumped domesticated horses.

The US Army has stated that it seeks to remove the horses due to safety issues with training exercises, including the discharge of live weapons. The Army maintains that these horses are “estray” animals, entirely from escaped or abandoned domestic stock. Equine advocates fear that the removal will likely lead to these horses winding up in the slaughter pipeline.

PEGA maintains that the Kisatchie horses have environmental and historical value and calls the horses a “heritage herd.” Recent documentation of capture and removal includes several conflicting reports but it is likely that horses were rounded up and removed by anyone who was able to apply for a permit, including likely so-called “kill buyers.” (A full timeline as documented by PEGA can be found here.)

Other sources state that the Humane Society of North Texas, or HSNT, has stepped up to take in and eventually adopt out horses captured so far. If the HSNT is unable to take in more horses, however, the Army can then proceed to public auction with little protections in place to prevent the horses from going to kill buyers.

The lawsuit is currently pending. PEGA’s ultimate goal regarding the Kisatchie horses is to have the Army set up sanctuary areas and manage population with the PZP fertility control vaccine. PEGA proposes that the sanctuaries could be supervised by non-government organizations and if necessary, adoptions could be made available to the public.

The future is still unclear for the Kisatchie horses, but we certainly hope that a resolution can be met that works in the interests of all parties, most especially the animals.

For more information about PEGA and its pending lawsuit, visit the PEGA website.