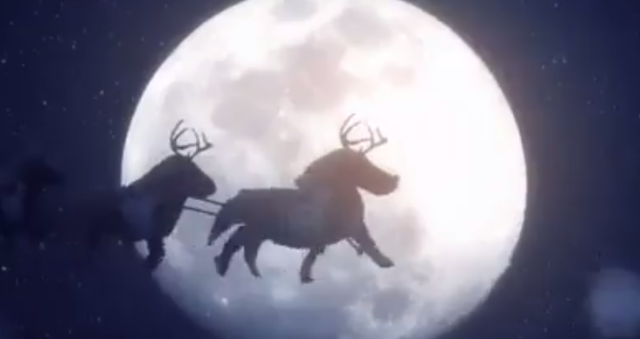 We literally have zero idea what is going on in this video but we love it.

Somehow, this video of ponies alternately saving Christmas and wreaking havoc on the holiday makes me think of the minions of Despicable Me: they’re small, cute, hilarious, wicked and wildly destructive. Come to think of it, perhaps minions were inspired by ponies in the first place??

Either way, this bizarre video set to “Christmas Time” by The Darkness is pretty adorably destructive, just like almost every pony we know and love.

Astute internet pony trend followers will recognize these plucky fellows as the same little guys who starred in the #DancePonyDance commercial put out by Three, a UK-based mobile network. That moonwalking pony basically burned down the Internet when the video was first released, and we’re sure this herd of Christmas steeds are headed in the same direction.