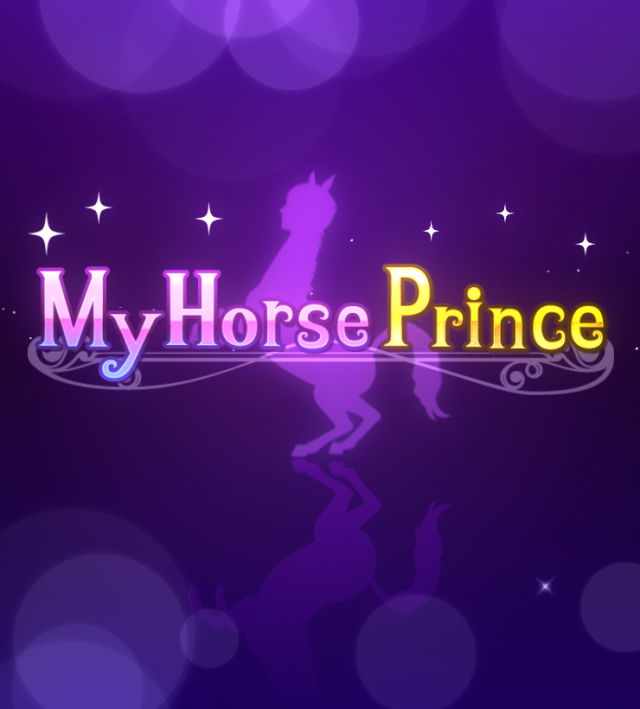 And that’s half an hour of my life I won’t get back.

Yep, I surrendered half an hour of my life to test this bizarre app so you won’t have to — consider it my Christmas gift to you, Horse Nation. You’re very welcome.

My daily quest to discover fresh breaking horse news to share with you turned up this app a few days ago called “My Horse Prince.” Every single article written about it summed up the app by stating that the user plays within an anime world as a girl whose boyfriend is a racehorse with a man’s face. Like, that’s all there is to know about this game. Girl meets man-horse, girl falls in love, the player interacts by tapping random objects and essentially watching this film play out.

No, I thought to myself, surely there’s more going on than that. It can’t be as bizarre and simple as a girl dating a man-horse. I downloaded the app and got to tapping, certain I would discover subtle layered nuances and some complex development both in interface and storyline.

Actually, readers, as it turns out, it IS that bizarre and simple. Welcome to the world of My Horse Prince. I took some screenshots of the first half-hour or so I tinkered with the app before getting equal parts slightly creeped out and bored.

Like, 100% I see where this is going. She’s going to the countryside to find a horse. Because what else do you do in the country?

But actually, it turns out our brave heroine is hunting something else. As she states, her office job in the city seems to include only one kind of coworker:

Oh. Because that’s not shallow at all.

The ranch owner appears, mistaking our character as an interested racehorse buyer, which is terribly convenient as one of his owners just bailed, leaving his racehorse behind. Our heroine isn’t necessarily as vapid as she seems:

But her tune changes when she sees the horse…

Stick with me here, people. If you are now freaked out, don’t worry, because our poorly-drawn ranch owner is too!

The explanation for this has something to do with the fact that our heroine was born in the Year of the Horse and sometimes certain people can see things in a certain way… it’s vague, it’s confusing, and it’s still CREEPY AS HECK but continue to bear with me here and accept this as normal.

At this point in the game, you get to actually “play” and feed Yuuma the horse-man (or is it man-horse?) carrots to boost his level. But be careful, because if he eats too many carrots, his energy drops, and then you need to talk to Yuuma to give him a little pick-me-up.

Yeeeeeeah because that’s not creepy at all.

I progressed through the first level — called “episodes” in this game — within a few minutes, and then lost interest after making Yuuma trot around on a bunch of randomly-appearing treadmills in the name of training (because remember, he is a racehorse. With a man face.)

You can talk to Yuuma up to three times to boost his energy, but then the game makes you wait half an hour until you can converse again, so to get anywhere in this game you have to devote five minutes, then leave it alone for awhile, then play in another five-minute burst. (Actually, that’s kind of genius, when you think about it — consider the ways you use your smartphone and tell me that’s not logical.) Rather than sit around and wait for another weird conversation I folded.

As a game, there’s not a ton of play involved — think of this app more like a cartoon that requires a bit of interaction from the user to move forward. It doesn’t appear that you need to make any major decisions that will affect the outcome; you essentially just tap things, wait for the weird dialogue and watch the story unfold.

On the other hand, the game does have some pretty hilarious one-liners, such as this highly-relevant #equestrianproblem:

When our heroine tries to fabricate an elaborate lie as to why she was visiting the ranch in the first place, she comes up with the idea of blending fresh air with water to sell as an energy drink, and has this conversation with her man-horse that really hits home:

“My Horse Prince” exists pretty much just to be silly with the occasional well-placed jab at our modern culture (and maybe a thickly-veiled metaphor about how weird horse girls are??? Nah, not us). It’s definitely a giant time waster — but then again, the same could be said of endlessly scrolling your Facebook news feed.

This doesn’t necessarily seem like a game that you “win” — it appears that the developers will just keep adding episodes to infinity, putting our character and Yuuma into a series of increasingly-bizarre situations with the exact same model of dialogue/tap a bunch of objects. If that sounds like it’s exactly up your alley, then give this game a download and go to town! It’s free, which is exactly the right price.

In summary, this game is a very weird little trip. Have fun. And go riding.