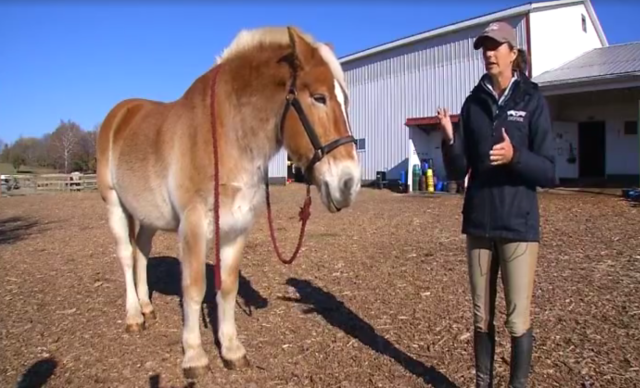 This tribute to a hardworking police horse who is now enjoying a peaceful retirement will warm your heart!

Mounted units serve several important functions to their communities: not only are equine officers valuable in crowd control and regular duties, but they’re also ambassadors of the entire police force and an eye-catching patrol member out in public. Often, mounted officers are some of the most visible members of law enforcement in their respective communities, leading by example.

One critical though perhaps less-visible way in which mounted units lead by example is how they retire their equine officers at the end of their working careers. The Baltimore Mounted Unit sought a safe, permanent retirement home for one of their own: the aging Barney, a Belgian gelding that had worked the streets of Baltimore since 2003.

Barney’s retired from the police force now, but it’s more of a semi-retirement: he’ll serve as an ambassador for Days End Farm Horse Rescue in Woodbine, Maryland, helping to raise awareness of horse rescue and allowing the public to interact with a true gentle giant.

Barney, we wish you all the best in retirement! To learn more about Days End Farm Horse Rescue, please click here to visit the organization’s website.