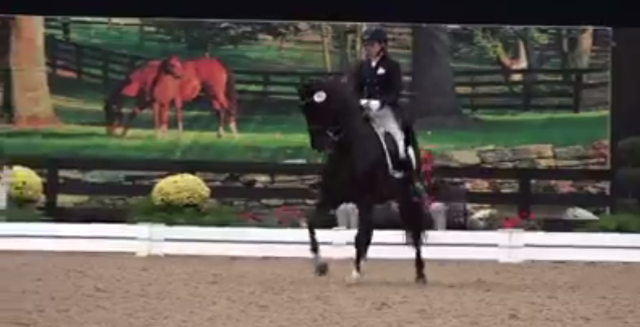 Chase Hickok is having a breakout year even as she transitions from the under-25 Grand Prix division to senior Grand Prix: after strong showings all summer long, she had a banner National Dressage Finals this past weekend in Lexington, Kentucky, where both amateurs and professionals compete together.

Aboard her leased mount Sagacious HF, who has been a key player in her division transition, Hickok first won the Grand Prix championship and then just a day later claimed the Grand Prix Freestyle title as well. Watch Hickok and Sagacious dance their way across the arena:

This performance scored a 74.167% which was good for the win — a brilliant first National Dressage Finals for Chase Hickok!

You can replay ALL of the National Dressage Finals in its entirety courtesy of the USEF Network — just click here to open the website!