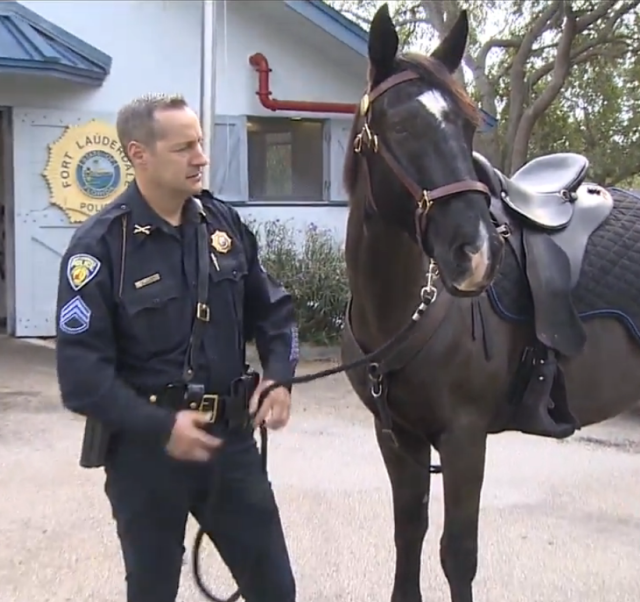 The Fort Lauderdale, Florida police force introduced its newest equine officer on Tuesday, November 15: a handsome dark mustang named Ford. The horse was shipped from California, where he graduated from a mustang gentling and training program.

Ford will join the mounted unit as a highly-visible ambassador, not just for the Fort Lauderdale police force but also for all equines, especially his unique breed. With tens of thousands of mustangs in long-term holding waiting to be adopted, that’s great news for all horse lovers — if Ford can help raise awareness about mustangs and their incredible versatility as gentled and trained animals, he’ll be doing his breed a real service!