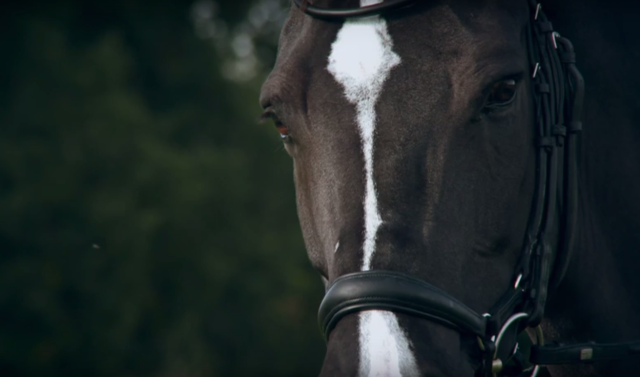 If you’ve ever been moved by watching Charlotte Dujardin and the mythical Valegro perform — and who hasn’t? — you won’t want to miss this moving tribute video.

Charlotte Dujardin and Valegro’s rise to fame and global dominance in the dressage world is the stuff that fairy tales are made of: groom Charlotte was offered the chance to develop a young Valegro with the end goal of Carl Hester showing the horse; years later, the pair has rewritten the record books, earned three Olympic gold medals (team and individual in London 2012 and individual in Rio 2016) and won numerous championships all over the world.

What is perhaps the most inspiring about “Blueberry,” however, is how this incomparable horse is handled — he has been trained and managed with true horsemanship, placing his physical and mental well-being above all else. Team Valegro, despite the long list of accolades and achievements, has never been motivated by titles, medals or money; his team works for love of the horse and the sport of dressage.

That’s one of the reasons that Valegro will be formally retiring at the Olympia Horse Show in mid-December: in the words of Hester, “he owes us nothing.” It’s time for the champion to enjoy his well-earned rest, but that doesn’t mean we won’t miss him dearly. Grab a tissue and watch this tribute video:

Thank you, Valegro, for the privilege of watching you dance.