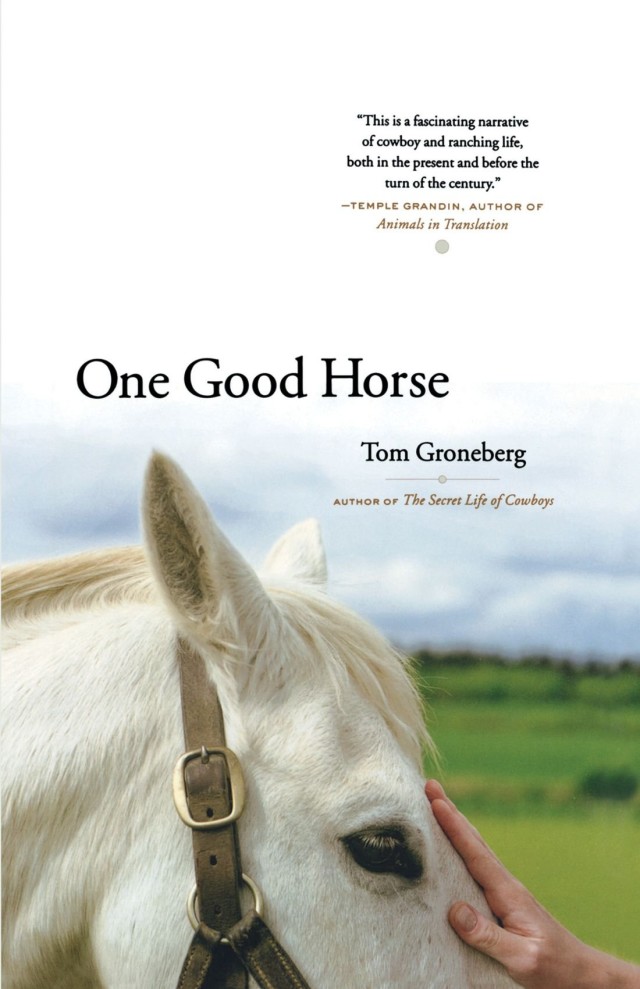 A semi-autobiographical novel by Tom Groneberg, author of ‘The Secret Life of Cowboys‘.

In this novel, Tom chronicles his struggle with becoming a father to a child with Down syndrome and his early attempts at training a colt named Blue. Weaved throughout the story is a historical account of a 19th century cowboy named Teddy Blue, for which Tom’s colt is named.

Groneberg is without doubt a very good writer, despite this being only a mildly entertaining book. His prose is excellent and the small sections devoted to the colt’s point of view are easily my favorite.

The colt nuzzles his mother, her milk warming his belly. She shelters him from the wind when it blows cold and wet from the lake. On New Year’s Eve, fireworks shotgun the midnight sky. The colt looks up at the bright sparks falling, falling.

Unfortunately, the other portions of the novel are less intriguing. I was never bored with the story, but I was never dying to get to the next chapter. The biggest flaw, in my opinion, was the lack of depth to the supporting characters. Though we knew quite well how Tom felt about his own weaknesses as a husband, father and horse owner, we never felt the consequences of those perceived flaws. His wife, in particular, was little more than a “stay at home mom” caricature. We were told Tom felt guilty about the countless hours she spent caring for their three children alone, but, by the end of the novel, I never felt Tom had done anything to change his wife’s circumstances.

19th century Teddy Blue’s story was interesting in of itself, but I failed to see how it was connected to Tom’s life. The only connection between the two stories was the shared name “Blue” and the tiny conclusion when Tom happens across the cowboy’s gravestone.

Overall, this novel felt like a “jack of all trades, master of none.” Any one of the points of view — Tom’s, Teddy Blue’s, or the colt’s — could have been very interesting, but by including all three in a very short book — only 223 pages — each perspective seems a bit shallow. Still, the book is certainly a conversation starter about many topics including parenting a child with disabilities, marriage, animal welfare, horse training and “Wild West” history.

I give One Good Horse 2 1/2 Golden Horseshoes.