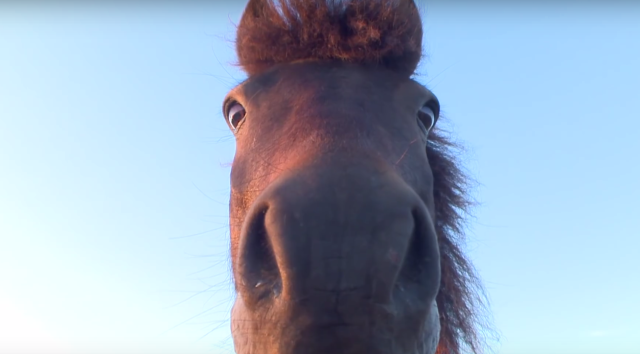 National Geographic explores the Skyrian horse, a native breed to Greece’s Skyros Island, and the work that breeders and scientists are investing to keep this rare and historic breed alive.

The small but hardy Skyrian horse once thrived on Skyros Island in Greece in a semi-wild state, but due to loss of habitat and overgrazing of domestic animals, it was headed towards extinction until genetics researchers and breeders stepped in to preserve numbers. The Skyrian horse has lived on the island for over 2,000 years, and scientists believe it may trace back as far as the fifth century B.C.

However, numbers dipped to below 200 individuals in the breed — thanks to the University of Athens and devoted breeders working with the Skyros Island Horse Trust, founded in 2005, the breed is making a slow but steady comeback, as evidenced in the following video:

One of the difficulties facing the breed’s preservers is finding a niche for these horses to fill: breeding animals for the sake of keeping a breed alive is fine and well, but responsible conservationists seek to create a productive member of equine society. The Skyrian horse is finding its place as a therapy animal and through groundwork applications.

For more information about the Skyros Island Horse Trust, visit the organization’s website.