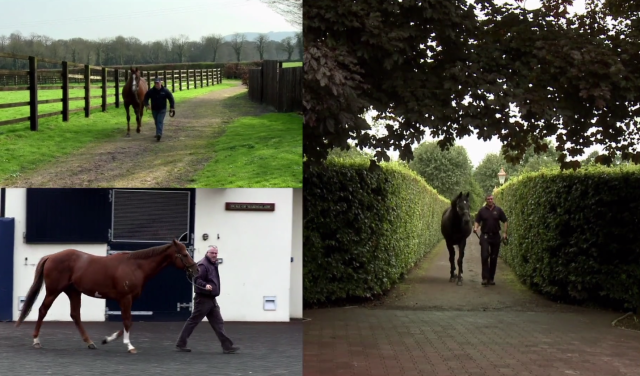 Coolmore Stud, one of the world’s leading breeders of Thoroughbred racehorses, is taking us on a backstage tour of the operation through its “Behind the Gates” video series. Take a look here!

The world’s largest Thoroughbred breeding operation, Coolmore Stud is based in County Tipperary, Ireland but also maintains branches in America and Australia. The breeder of noted influential sires including Sadler’s Wells, Danehill and Galileo, Coolmore has become an industry leader and a byword for quality bloodstock all over the world.

Coolmore is allowing the public a sneak peek behind the scenes of this premier operation through the “Behind the Gates” video series — taking a closer look at aspects of maintaining one of the most successful Thoroughbred studs of all time, including parts most of us might never even think of. Here are a few of our favorites:

The Hay Harvest: (my personal favorite: look at all of those tractors!!)

Want to watch all of the “Behind the Gates” series? Click here to open the album on Vimeo.