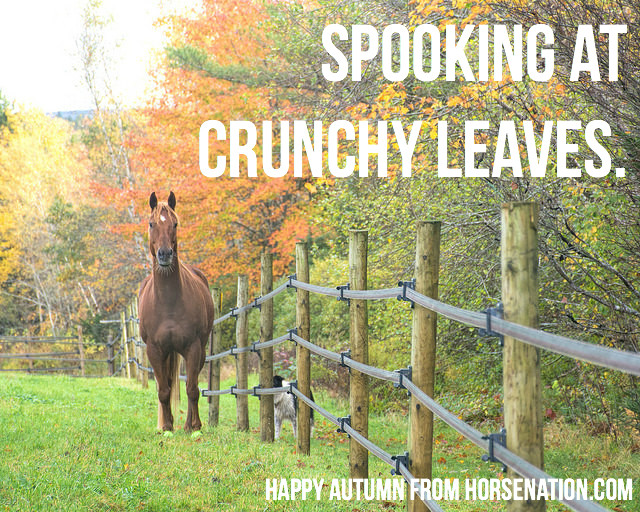 #ThrowbackThursday: Ready for all those sweeter-than-your-pumpkin-spice-latte memes you keep seeing on your newsfeed? Don’t worry, we’ve got your counter-memes ready to go. 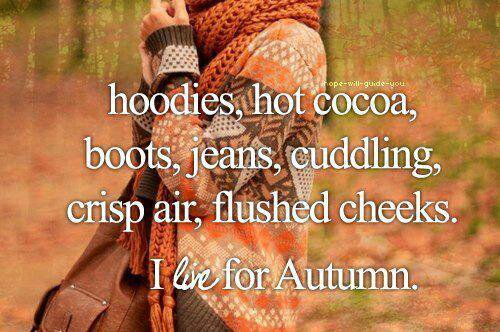 Who said anything about “autumn”? This sounds like “early horse show morning” to me.

Call me a cynic, but I think I liked autumn a lot better before it was ushered in by a Labor Day parade of warm-tinted Facebook memes that pile up like the falling leaves (only to be rapidly followed by professions of love for pumpkin lattes and cute outfits involving a lot of artful flannel).

Now, don’t get me wrong — I too love the autumn season; I appreciate cooler weather for riding, less humidity and ever-changing scenery. But these days, your love for something is only apparently as genuine as the meme you place on your social media, so I guess it’s time for us to hop on the bandwagon. Here are a few countermeasures we invite you to save to your own computer or phone and deploy this autumn at will. 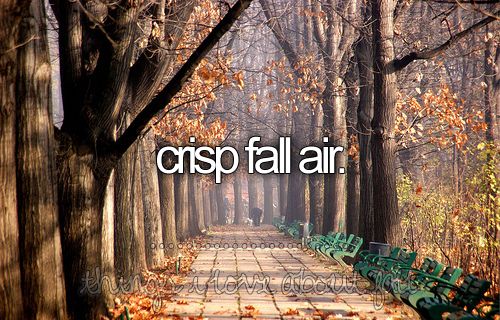 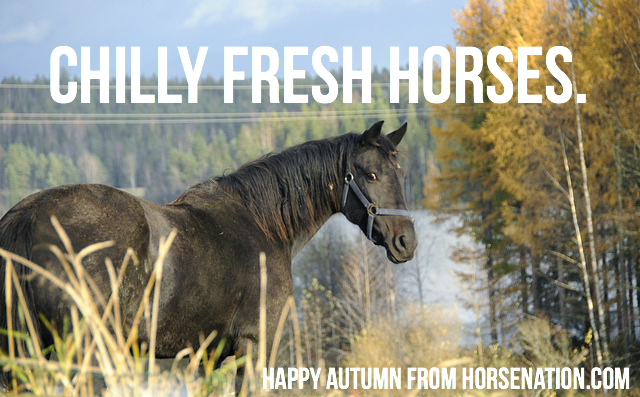 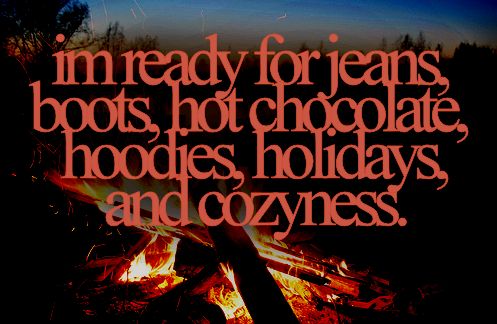 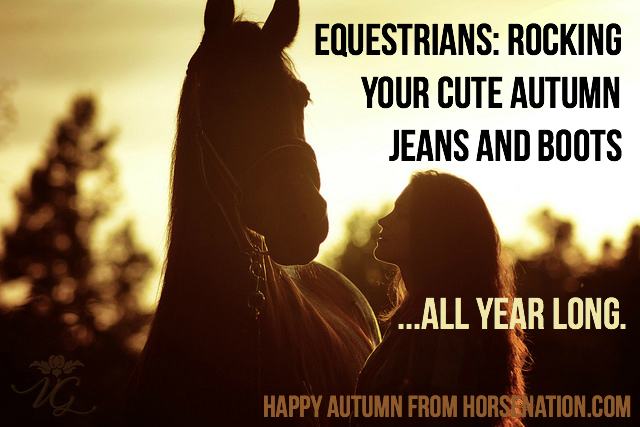 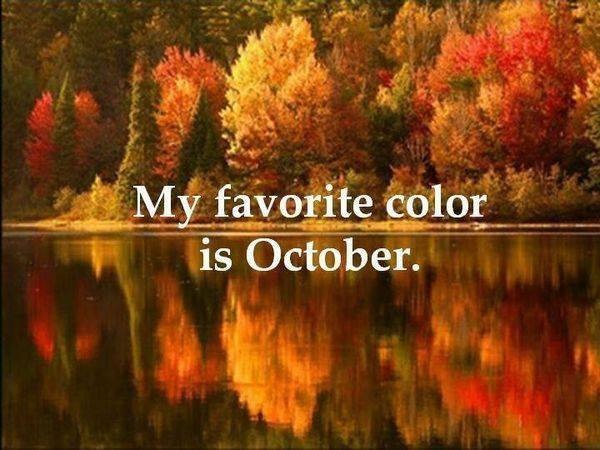 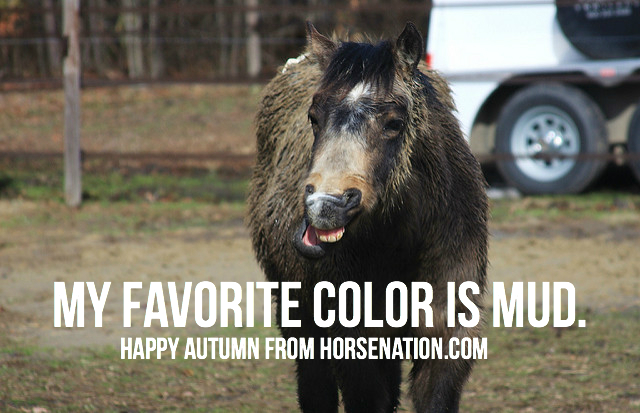 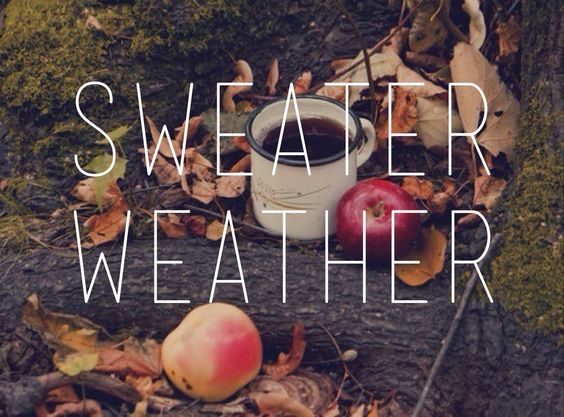 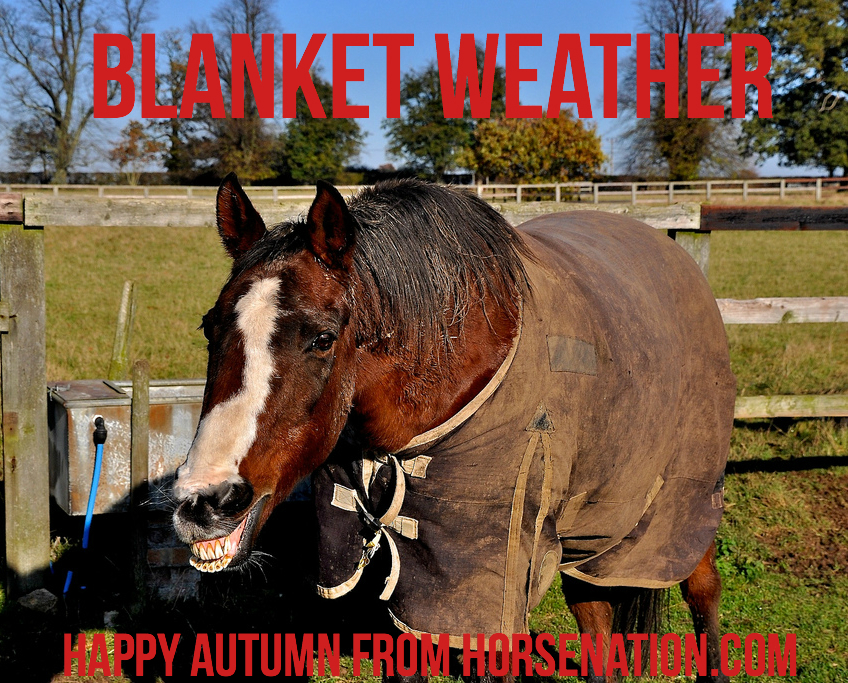 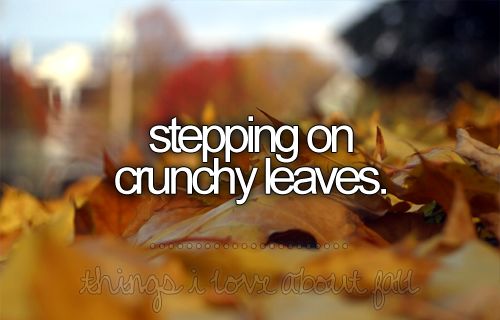 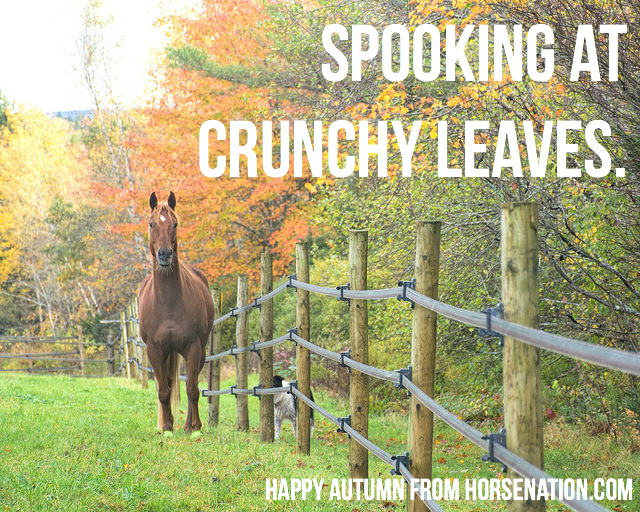 Go have a great autumn, and go riding.