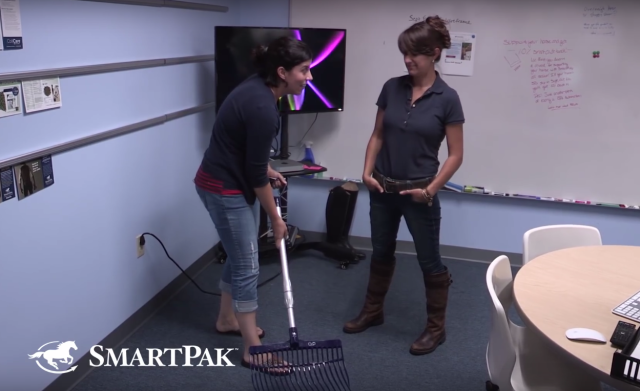 Yep, we held out on you last week — Episode 10 of “If Horses Were People” has been released as well! Watch the latest installment of your favorite video series from SmartPak here.

After long months of patiently waiting, SmartPak fans were rewarded last week when Episodes 9 and 10 of the truly hilarious video series “If Horses Were People” were released. We shared Episode 9 on Thursday of last week, and we’ve saved Episode 10 to help kick-start your Monday morning out right.

If you’re new to the series, the premise is pretty simple: what if people did the weird things our horses did, and what if we treated people like our horses? The result, when you put SmartPakers Sara and Sarah on the job, is equestrian comedic gold.

If you missed previous episodes, you can catch up here:

SmartPak, keep those cameras rolling for us, because we can’t get enough. Go SmartPak, and go riding!