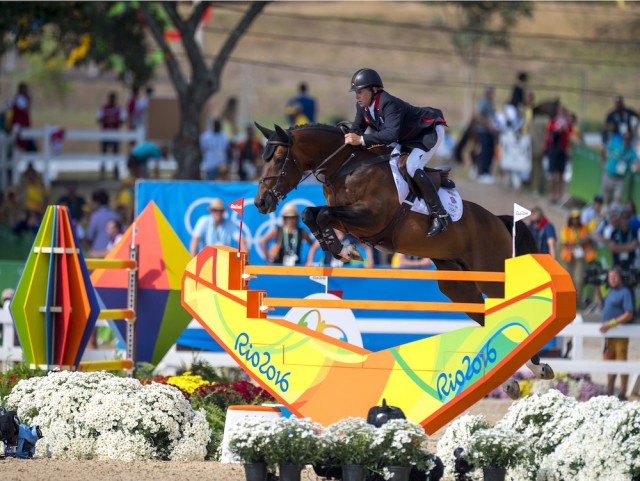 Watch Great Britain’s Nick Skelton aboard Big Star putting in a clear round in Rio on their was to winning the gold medal for individual show jumping!

The words “legendary” and “historic” were used an awful lot over the past two weeks to describe numerous performances out of the 2016 Rio Olympics. We’re not trying to argue that those words were used too often, or that any of the performances they described weren’t deserving of the praise — that’s the nature of the Olympics, after all, that the absolute best of the best show their true colors and push themselves and their mounts to unforeseen heights.

One such historic, legendary performance was the individual show jumping gold medalist, Nick Skelton of Great Britain aboard Big Star.

The performance itself was impressive: precise communication between horse and rider, a double-clear round and good style. But it’s the backstory of this rider that pushes this performance into the stuff of legend: Skelton had been a fixture on the British and international jumping circuits since the 1970s with numerous top three team and individual placings at Nations Cup championships, European championships and world championships.

In 2000, Skelton suffered what could easily have been a career-ending fall, breaking his neck and retiring from the sport. In 2001, however, he recovered and began working his way back to his former abilities, returning to the show jumping arena in 2002 and riding in the 2004 Olympics.

Skelton was part of the gold medal show jumping team in the 2012 London Olympics, and just last week in Rio earned the highest individual honors and a place forever in the history of the sport when he achieved individual gold. Watch the second individual final round here:

Our hats are off to you and Big Star, Nick Skelton. You will forever be a legend in our eyes.