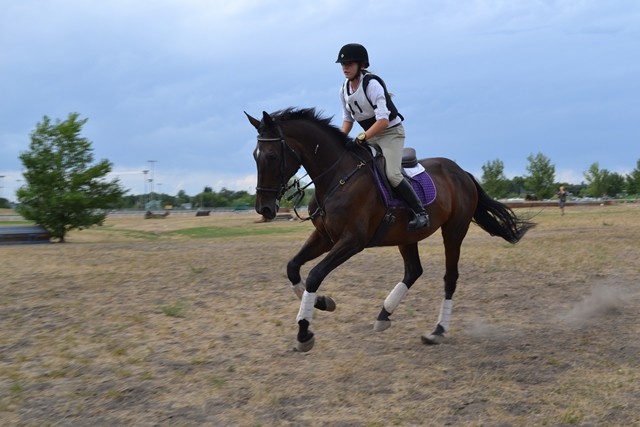 Could this be the best way to judge a horse show?

The United Kingdom’s Horse and Hound reported on Tuesday, August 23 that the Burghley Young Event Horse competition had added a new judging element to its finals, held in conjunction with the Burghley Horse Trials on September 1st through 4th: the judge, former Olympic event rider Ian Stark, will ride the top four horses after the initial rounds of judging to determine the top placings.

This element is in keeping with the goal of the young horse competition: to produce and present a four- or five-year-old sporthorse with eventing potential. For breeders and producers, the Burghley event has become the perfect spotlight location to show off these prospects and catch the eye of buyers. One critical element of the horse buying process, especially for upper-level prospects, is of course test-riding the horse first — so adding a ride by the judge seems to make sense for this competition.

Stark will be looking for ability, attitude and scope when he test-rides the top four youngsters. This portion of competition comes last in the competition: finalists first perform a dressage test and then jump a few cross-country and stadium fences; afterwards all finalists are assessed for conformation and quality. Following this segment, the top 10 horses return for “suitability and potential,” in which they are each galloped before the judge one at a time (the four-year-olds show a forward canter rather than a full gallop). Then Stark will take the top four out for his own test ride.

This particular phase does make sense for the nature of this young horse competition — but could it be applicable to other competitions as well? Imagine if your hunter derby judge called back her top three and then jumped a few fences on each, or your reining judge borrowed the top five and rode a shortened pattern himself.

Let’s discuss in the comments section: how do you feel about a riding judge? Do you think this aspect has potential to “even the playing field” in competition, allowing the judge to fairly select the best horse rather than judging on appearance alone?