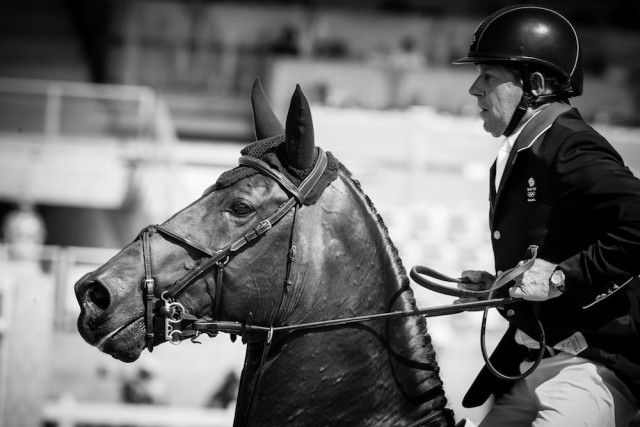 Can you believe it’s already the last day of equestrian competition in Rio? Why not enjoy one more round on us — we’ve got your pint-sized recap of the day’s headlines and news!

If these Olympic Games in Rio will be remembered for any one thing, it will be for the incredible drama that played out across all three disciplines of eventing, dressage and show jumping. Today’s climactic showjumping individual final was the perfect cap to two weeks of exceptional sport; two thrilling rounds culminated in a six-rider jump off for the medal podium that crowned Great Britain’s Nick Skelton as the new reigning king of show jumping, riding Big Star. Sweden’s Peder Fredericson captured the silver and Canada’s Eric Lamaze claimed bronze.

As we close the book on the 2016 Summer Olympics, may the spirit of the games live on for another four years: we witnessed some truly excellent sportsmanship, horsemanship and cooperation over the past two weeks, with competitors cheering each other on regardless of nationality, race or creed, all united under the common theme of love for the horse as an athlete and companion. Go Olympics, and go riding.

Our sister site Jumper Nation continued its live coverage of both rounds of today’s individual final: If you weren’t able to watch and won’t be able to catch a replay, don’t miss these open threads for details on each round as well as plenty of social media input and some brilliant commentary from our own Lorraine Jackson. [Rio Olympics Show Jumping Individual Final – Live Updates (Round A) | (Round B and Jump-Off)]

From the initial round of the day to the nail-biter of a jump-off round, the individual show jumping final did not disappoint. A solid international array of the top jumping talent in the world was represented in the final two rounds as well as the exciting six-rider jump-off, including American Kent Farrington in his first Olympics and Sheikh Ali al Thani of Qatar, riding as one of his nation’s first Olympic jumping athletes. Ultimately, Nick Skelton of Great Britain conquered them all in a touching comeback story that you’ll love. [58-Year-Old Nick Skelton Wins Olympic Gold in Individual Show Jumping, Farrington Falters in Jump-Off]

Skelton has earned Great Britain’s first ever individual gold medal in show jumping. How many other 58-year-olds can name that on their list of accomplishments? Surprisingly, Skelton described his mount Big Star as “rusty,” as the stallion had not jumped a course of this size since 2013. Clearly, after four days of intense competition, Skelton and Big Star more than knocked the rust off — they brought home a gold. World of Showjumping provides an exciting play-by-play of the drama of the final day. [Rust turns to gold for Nick Skelton and Big Star who claim first ever individual Olympic jumping title for Great Britain]

If you’re not familiar with Nick Skelton, there’s plenty to know and love about this champion rider. Did you know that in 2000 he retired from the sport after a debilitating fall that broke his neck in two places? By 2002, Skelton was back — he’s ridden in a total of seven Olympic games and served as alternate for an additional Olympics. Learn more about Skelton courtesy of Horse & Hound. [9 things you need to know about Olympic champion Nick Skelton]

The final day of show jumping competition was truly an all-star lineup: Eric Lamaze, prior to today, hadn’t dropped a single rail all week. This Canadian rider had been in fine form all summer with the mare Fine Lady 5, and spoke at length about what makes this mare so special, even comparing her to his legendary mount Hickstead. He also discusses here the Games, the competition and the excellent courses designed by Guilherme Jorge. (Lamaze went on to win bronze today.) [Lamaze and his very Fine Lady]

And now the Games are over, and all the riders and horses — and journalists — will return home. Horse & Hound’s Pippa Roome dishes on the eight things she will miss about Rio … as well as many things she won’t miss at all! From the individual staff for the international horses to the farriers, veterinarians and other various ground crew as well as the journalists and sportcasters covering the Games, the Olympics was a marathon with equestrian events running nearly the entire time. [Pippa Roome’s Rio blog: eight things I’ll miss about the Olympics — and a few I won’t]

We’re glad you spent some time with us at Horse Nation during the 2016 Rio Olympics, and we already can’t wait until Tokyo in 2020. In the meantime — go riding!