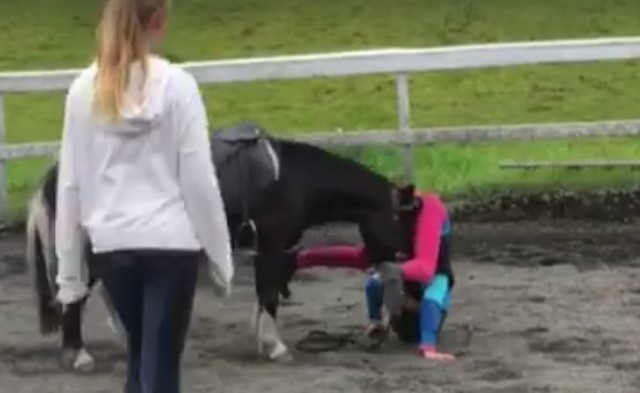 Anyone can save a fall by landing on their feet. But does it really count as falling if it ends in a headstand?

Either Simone Biles or Michael Jung is going to have competition someday from this little lady. I’m not sure which, but definitely one of them.

The Russian Judge gave it a 14.833 because of the asymmetrical exit maneuver, but the American Judge awarded a near perfect score along with a slow clap. The Brazilian judge just gave her 23 artistic merit points, which isn’t even a thing, she just liked the dismount that much.

The pony gets a medal for taking the long spot and still clearing it, and then not running over his rider when she went between his teacup hooves. A true Olympic partnership.