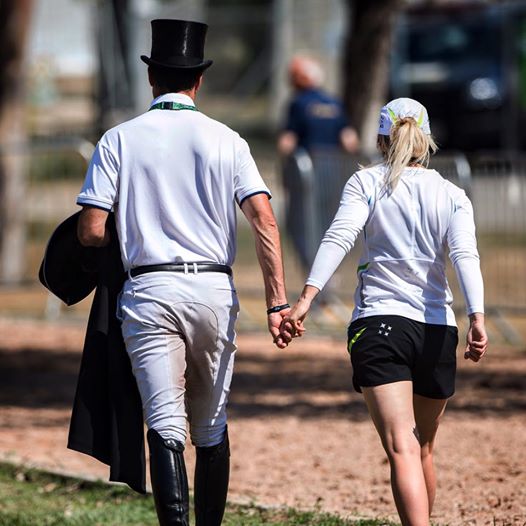 Each day during the Olympics, we’ll bring you not only the news and headlines you need to know, but the behind-the-scenes look at the complex triumph that is the Summer Games: the emotional glimpses into the everyday stories of humans and horses working together on the biggest international stage in history.

USA’s Lauren Kieffer and Veronica share a moment at the conclusion of their eventing dressage test:

And speaking of Lauren and Veronica, we’d like to thank The New Yorker for bringing some much-needed mainstream publicity to the sport:

If you’re not excited yet for cross-country (or terrifically nervous) you will be after this:

We spoke to the #USA Olympic Eventing Team on their first impressions of the cross-country course at #Rio2016https://t.co/E3VeZQDjsG

Puerto Rico’s Lauren Billys pretty much sums it up:

A day I will never forget. Purdy was a Rockstar during dressage and was a perfect partner to our first dance on this world stage. Now I understand why the feeling of riding the Olympics is so magnetic. It was a magical day. Tomorrow Purdy and I will be tackling the cross country at 12:33pm Brazilian time (8:33am California time). Remembering the amazing feeling of today but also knowing tomorrow is a new day to ride. #2hearts #twohearts #olympics2016 #roadtorio #purdilicious

In a cross-disciplinary moment that had equestrian fans all over the world squealing with joy, Charlotte Dujardin and Valegro checked out the cross-country course today.

And show jumpers are starting to arrive as well!

Fitty on her way to Brazil ?// Fitty a caminho do Brasil ? #twohearts #brasil #olympics #fly

Keep it locked on Horse Nation for plenty of Olympic coverage! Go riding!