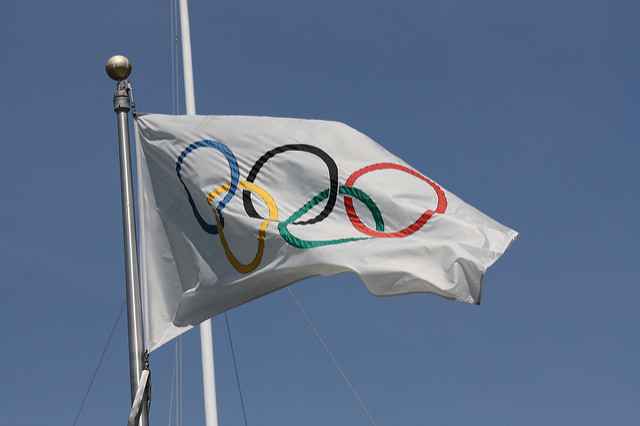 If you live under an equestrian rock and have somehow not realized that the 2016 Olympics are upon us, don’t fret — here’s your one-stop shop to see the full equestrian schedule, find out what stations are airing coverage and how you can live stream every minute of the events online.

NBC is the covering cable network, though some individual events across the Games will also be aired on affiliate networks. The Opening Ceremonies take place this Friday evening, August 5, with the Closing Ceremonies to take place on the evening of August 21. Plenty of details and behind-the-scenes stories about the Games, individual athletes and sport profiles can be found at NBC Olympics online.

Eventing kicks off the equestrian portion of the Games:

Dressage takes over immediately after:

Show jumping overlaps slightly with dressage but closes out the equestrian Games:

The USEF Network published this chart with the equestrian schedule and what cable networks will be broadcasting:

All equestrian events in full can be live streamed via NBCOlympics.com. You will need an authenticated cable subscription log-in to access the live stream.

The live stream can also be accessed on mobile via the NBC Olympics app and a free channel available for Roku. Again, an authenticated cable subscription is required.

No cable? No live stream? No problem. The Nation Media family of sites will be bringing you plenty of up-to-date coverage of the Olympic games, so keep it locked on Eventing Nation, Jumper Nation and Horse Nation for live updates, in-person reporting and of course plenty of good old-fashioned equestrian fun.

If you’re posting on social media about the equestrian events at the Olympics, don’t forget to use the hashtags #TwoHearts and #JointheJourney to show your support of ALL equestrian athletes all over the world in all disciplines! The International Olympic Committee is reportedly tracking use of these hashtags to help assess how widely-supported are the equestrian sports to decide if they should remain part of future Olympic Games — your sport needs you!