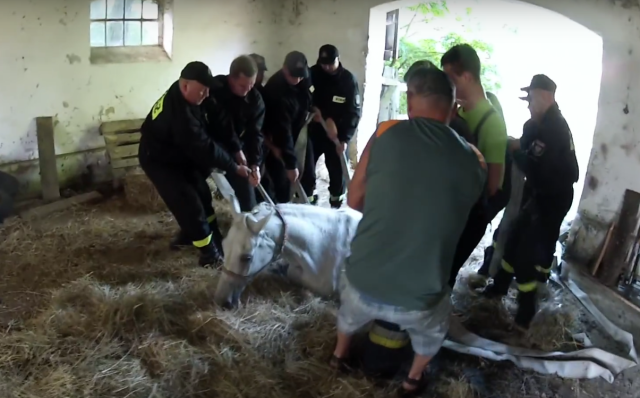 Here’s a unique “helmet” cam of sorts — watch as Marek Słodkowski and a team of local firefighters rescues his horse from the pit where she was trapped on his farm in Poland.

As I watched this video for the first time, my heart went out to Marek Słodkowski: accidents happen, and as any horse owner knows, horses seem to be better at getting into trouble than any other creature. This man is clearly distraught that his horse Freedom became trapped in a maintenance pit on his Poland farm when she broke into a garage and broke through the wooden boards — she lay stuck in this dangerous position for twelve hours before she was able to be rescued.

Phew! We’re happy to see that this dramatic story had a good ending for all.