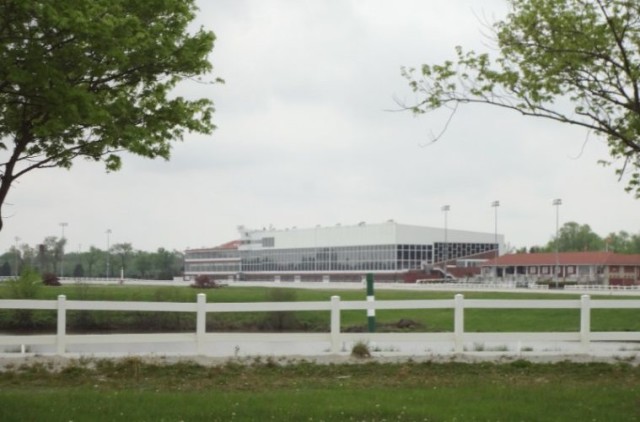 When the iconic Chicago harness track closed its doors in 2015, many feared it would be sold to developers and demolished. However, Balmoral Park will get a second life — as a horse show destination managed by HITS.

How often do you see beautiful rolling farmland or open rural spaces bought up, torn up and developed into housing, shopping centers or industrial parks? Tragically, farmland and agricultural zones — and therefore, equestrian spaces for keeping horses, riding horses or showing horses — are not gaining any ground in the United States; we’re fighting a slow losing battle to hold on to what land we have. (Very rarely does a strip mall get bulldozed for a farm to come in, as an example.)

So when it was announced in the autumn of 2015 that the historic Balmoral Park in Chicago was slated to close at the end of the year, many of us sighed, familiar by now with seeing yet another equestrian space — whatever the capacity — likely destined to end up bulldozed and developed, another loss for the horse world. However, in late May, great news emerged about the future of Balmoral Park — while it won’t be reopening again as a race track, it will, however, become a new hunter/jumper hot spot for the Midwest.

Balmoral Park has been purchased by none other than Horse Shows In The Sun, more commonly known as HITS. HITS produces top-level horse shows all over the country, including Ocala, Florida, Thermal, California, Culpepper, Virginia and Saugerties, New York. HITS will be partnering with Showplace Productions, which produces other similar events in the Midwest.

The biggest obstacle right now as Balmoral undergoes renovations is preparing the footing for six competition rings on the 200-acre property. The stabling and grandstand area will also be renovated. With a nod to the rich history of Balmoral Park, the original tote board from the track’s flat and harness racing days will remain part of the main Grand Prix ring, and the site will continue to be called Balmoral Park.

We look forward to seeing what the future holds for HITS and Balmoral Park, and we celebrate the transformation of this facility from one aspect of the horse industry to another. This news is an occasion for all horse people to celebrate — we’ve won one for the home team.

See more coverage of this story on our sister site Jumper Nation!