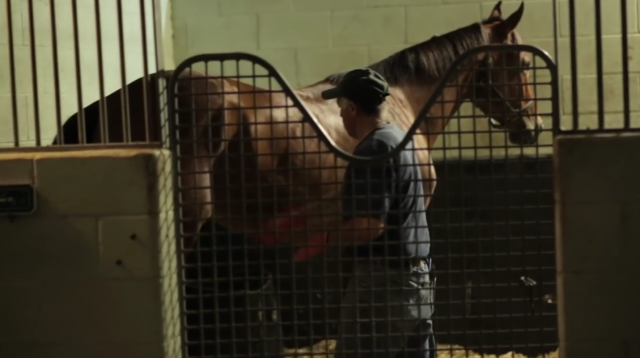 The official truck of the Kentucky Derby released this series of behind-the-scenes glimpses at the racing industry with Starlight Racing back in 2014 — they’re just as relevant now!

We might only see two minutes of heart-pounding excitement while watching a major horse race; perhaps our only interactions with Thoroughbreds are of the off-track variety. There’s a whole world of horsemanship behind the scenes of Thoroughbred racing that most of the horse-loving public will never see, and Dodge took an opportunity to tell some of that story in a four-part video series that first premiered in 2014. We’re still loving them now!

Go behind the scenes with Starlight Racing, one of the nation’s premier Thoroughbred partnerships, whose team includes top North American trainer Todd Pletcher as well as top bloodstock agents and jockeys.

We’ll start with a glimpse at the Thoroughbred racing lifestyle:

The management of the horses and their well-being is at the top of the staff’s priority:

Explore the career of jockey with Donna Brothers, former jockey and now well-known as the commentator for the Triple Crown:

And last but not least, learn about what happens after the races with Florida TRACK and the Thoroughbred Aftercare Alliance: