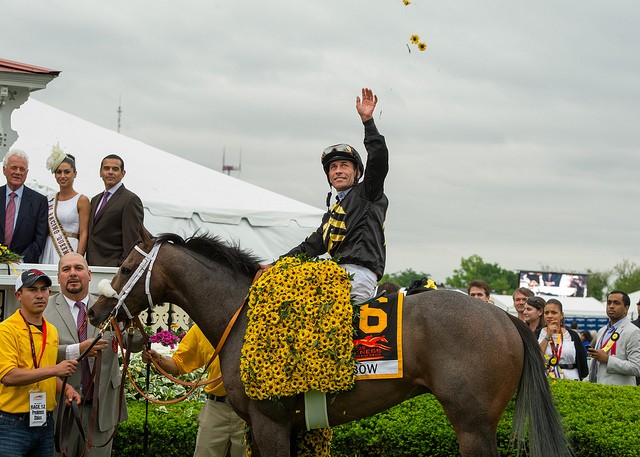 It’s a time-honored race-day tradition here at Horse Nation to help our readers stay “well-hydrated.” Today, we show you how to make a “Black-eyed Susan.”

Black-eyed Susans were declared the state flower of Maryland in 1918, as the flower usually has 13 petals, which is taken to symbolize the 13 original colonies. The flower’s colors, black and yellow, are also represented in the state flag.

It is tradition to drape a blanket of the flowers over the winning Preakness horse. Fun fact: The blanket isn’t actually made of Black-Eyed Susans but of Viking Daisies, as Black-Eyed Daisies aren’t in bloom until the end of May or June.

The Black-eyed Susan cocktail dates back to 1973, when the special drink was concocted to fill commemorative Preakness glasses. The original recipe involved orange juice, vodka, rum and Triple Sec, served over ice and garnished with a wedge of lime.

Over the years, the ingredients have varied to feature sponsor liquors. Variations have included rum, bourbon, triple sec and a number of different juices. Here’s a link to this year’s recipe.

Yum! Keep it locked here for more Preakness action throughout the weekend.