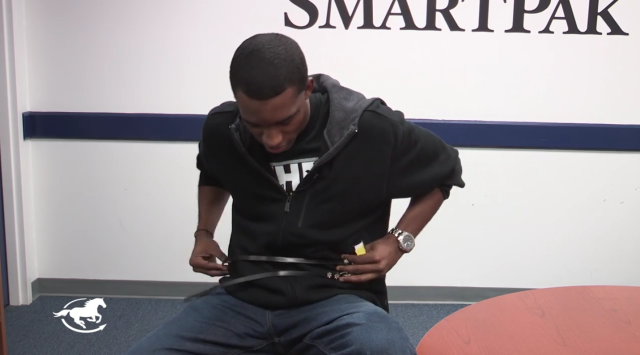 “Little jeweled cat collars!” “Why would they come in pairs?” “Because they have two cats!”

SmartPak‘s hilarious “Ask a Non-Rider” video series does two things for me: one, it cracks me up, because I will never get tired of watching these long-suffering non-horsey people come up with some very creative descriptions of equipment. And two, it reminds me that we equestrians have learned the names and uses of a startlingly wide array of arbitrary objects.

Like, for example, spur straps — you or I could walk into a tack shop and immediately say “yes, those are spur straps.” These folks? … not so much.

Thank you, non-riders of SmartPak, for continuing to be such good sports.