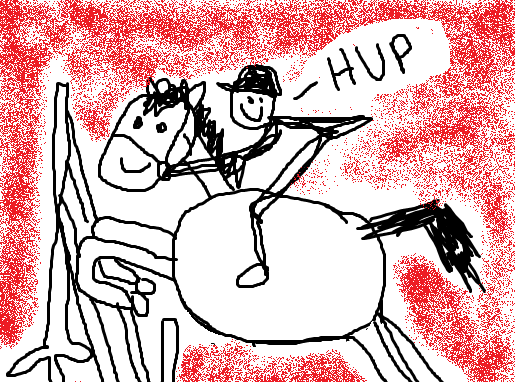 … well, we tried to, at least. Four years later, we still can’t fathom why our designs ultimately weren’t selected.

Back in 2012, the FEI hosted a contest to redesign its discipline pictograms — here are the old pictograms, which have been in use since 2002:

Here are the new ones, designed by contest winner and Swedish showjumping Olympian/graphic designer Peder Fredricson:

The winner was announced on November 8th, 2012 via this needlessly long, drawn-out video (be forewarned if you decide to watch it that it’s 2 minutes and 11 seconds of your life you’ll never get back):

You may recall that Horse Nation’s entries were rejected.

Round 1 of our entries:

Not to be discouraged, we went back in and took our designs in a slightly different artistic direction for Round 2:

We still think our designs were better.