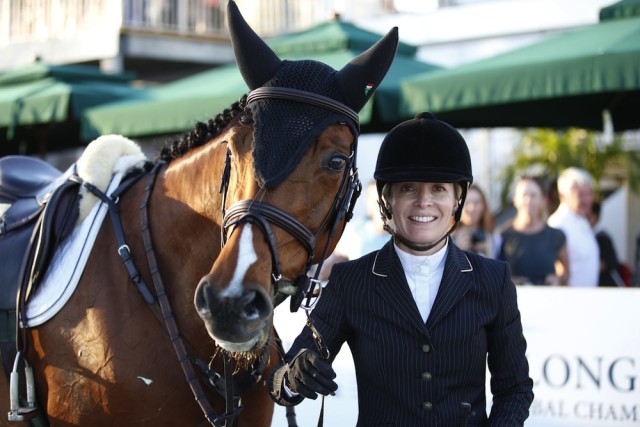 It would be easy to get lost in the photo galleries from the Miami Beach leg of the Longines Global Champions Tour: horses warming up on white sand with the warm Atlantic in the background; kite surfers dotting the horizon as beachgoers reach over the wall to pat a world-class Grand Prix showjumper; horses silhouetted against the softly-rustling palms under a picture-perfect sunset.

The LGCT has never been one to produce an “ugly” event: tour stops are always in places that make you double-take, thinking “there’s no way they put an arena there.” In the shadow of the Eiffel Tower. On the River Scheldt in Antwerp. And in this case, right on the beach itself in Miami.

And not only are these tour stops in jaw-droppingly gorgeous locations, they naturally attract the very best riders in the world as well, culminating in an exquisite competition that thrills long-time show jumping fans and newcomers to the sport alike.

The LGCT Grand Prix consisted of two rounds and a jump-off: seventeen international riders made it through the first round clear, but only six escaped the second round unscathed. Germany’s Christian Ahlmann went first went clear but was well aware that his conservative time would not likely hold.

Sure enough, it didn’t — the United States’ McLain Ward and HH Azur went clear a full two seconds faster, putting the pressure on the final rider, Edwina Tops-Alexander and her spunky little mare Lintea Tequila. Despite being a good deal smaller than the big mare HH Azur, Lintea Tequila’s energy made up for lost stride length and she and Tops-Alexander edged out Ward much to the delight of the watching crowd.

Check out Ward and Tops-Alexander going head-to-head in the jump-off round: