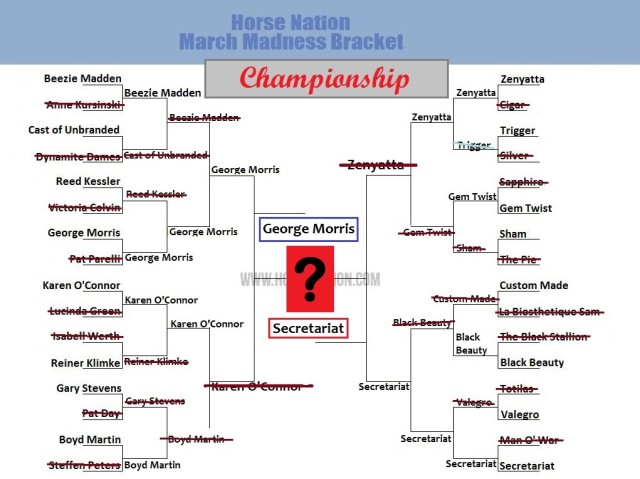 Did George Morris ride to victory, or did Secretariat storm down the stretch to Horse Nation glory?

If you listened to Horses in the Morning live today you already heard the grand finale of the First Annual March Madness Tournament! But not to leave out our loyal readers, we are pleased to announce the winner is:

It was the 1973 Belmont Stakes all over again, with Big Red so far in front of the field that poor Uncle George was out of the camera shot. Mr. Morris put in a tremendous fight through the human side of the bracket, fending off fights from the likes of Pat Parelli and Beezie Madden, but there was no stopping the great red freight train that is the most beloved American Racing icon of the 20th Century, who won with 75% of the vote.

Thanks to all the citizens of Horse Nation who voted through the tournament, and be sure to join us next year for another thrilling March Madness Bracket!