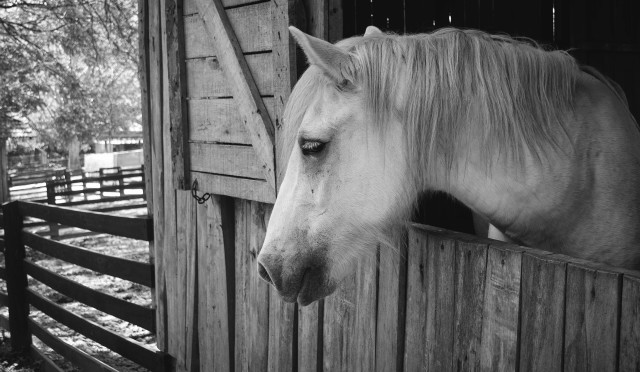 No one ever plans to have a divorce — but when there are horses in the picture, it may not be a bad idea to plan ahead. Equine attorney Kjirsten Lee describes why.

It’s a sad statistic that about 50% of marriages end in divorce (although recently, researchers are less and less likely to give such definite odds). When a horse person gets divorced, their horses might factor into the decision and are almost certainly an important part of what is called the divorce settlement — who gets what and who is responsible for what. Here are some issues that specifically relate to horses during a divorce proceeding.

Separate property is limited to property that was owned individually by either spouse prior to the marriage. It can also include an inheritance received by either spouse, a gift received from a third party, or payment received for the pain and suffering portion in a personal injury lawsuit. That property may be converted to marital property under certain circumstances.

What does this mean for your horse? If you purchased the horse before marriage, it may be considered separate property, absent transfer of ownership into both spouses’ names. In that situation, the owner would generally get to keep and maintain control over the horse without having to pay the ex-spouse anything in return.

On the other hand, if you purchased the horse during the marriage, it would be considered marital property in most states, absent documentation stating otherwise. If the horse is determined to be marital property, courts will generally calculate the value of the horse and that value will be incorporated into division of assets.

Issue 2: has the horse’s value appreciated over the course of the marriage?

Not all states distinguish between active and passive appreciation, so be sure to check with a knowledgeable equine or family attorney for the rules in your state.

Issue 3: when is valuation considered?

The valuation date varies by state. It could be one of these three:

Again, make sure to consult a knowledgeable equine or family attorney for an accurate determination of when your horse’s value should be measured.

Issue 4: what is the horse worth?

Now comes one of the most controversial parts of this process: how much is the horse worth? Remember that this is purely economic value. The easiest way to determine value is for both parties to agree upon a figure. If this is not possible, the parties may agree to abide by a value set by the horse’s trainer. If neither of these options is agreeable, the parties may hire an equine appraiser to determine the horse’s value. An equine appraiser is a neutral party who looks at the horse’s purchase price, age, breed, skill level, and other factors and determines a value for the horse. Before hiring an equine appraiser, do some research and find a well-qualified person. The American Society of Equine Appraisers can be a good resource for finding a suitable appraiser in your area.

Issue 5: who gets the horse?

The most straightforward scenario, of course, is when only one party wants the horse: they get it. However, there are circumstances when both parties want the horse for various reasons. In those cases, the court will make a decision. The court may treat the horse as another asset and give it to one person or the other during the division of assets. In some cases, the court may permit co-ownership. Probably the worst scenario for most horse owners is where the court orders the horse to be sold and the proceeds divided between the parties. To avoid this, it is critical to have a good equine or family lawyer on your side to advocate on your behalf.

Issue 6: who is responsible for maintaining and training horses?

Issues 5 & 6 can tie into alimony and child support considerations if the horse(s) are primarily for a child’s use. If a horse continues in co-ownership, or even single ownership but is for a child’s primary use, the court may assign responsibility for training and boarding costs to one party or the other.

It is always a good idea to think ahead and try to avoid issues such as the ones I have laid out. Even if you do not think a divorce is in your future, being prepared for the worst never hurts. If you have a pre-nuptial agreement, also called an ante-nuptial agreement, make sure any horse you have or might have is considered in that agreement. When you purchase your next horse, consider executing a document between you and your spouse stating who “owns” the horse. Remember, though, that even with such a document and regardless of whose name is on the registration papers, vet records, boarding contracts, or other documents, the law may still see the horse as joint marital property unless you can affirmatively show that it is your sole property.

For more of Kjirsten’s articles on equine law, click the #EQUINE LAW hashtag at the top of this page, or click here to open a list.

Kjirsten Lee, J.D., is an equine attorney with rb LEGAL, LLC, in Golden Valley, MN. She has written on topics such as the Horse Protection Act and use of drugs in racehorses, as well as general legal issues that horse people may encounter. You can follow her on Twitter at @KMLee_Esq. Kjirsten and her OTTB, Gobain, compete in dressage and eventing.

Disclaimer: Nothing in this article is intended to be legal advice. No attorney-client relationship is created  by reading and/or commenting on this post. If you are seeking legal advice, please contact an attorney directly.