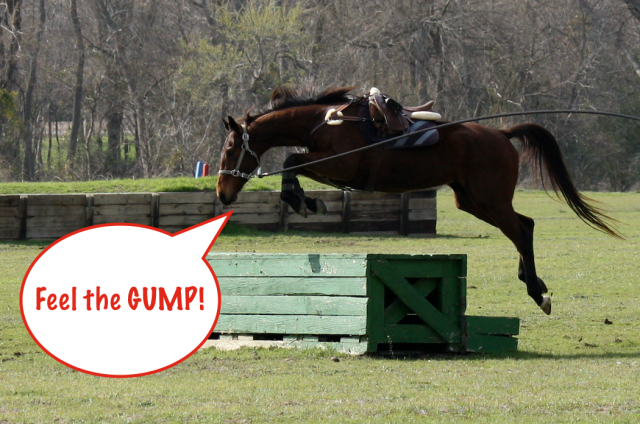 “A barn divided against itself cannot stand.”

Usually my social media feed is filled to the brim with horses. Post a picture of your cross country school or a glorious #TBT to your favorite lesson horse and you’re guaranteed a Like from me. But lately my feed has been filled with something else — politics. Like any true #horsegirl, the first thought that came to my mind was, “Who would my horses vote for?”

Aggie is a 23-year-old Quarter Horse born and raised in Texas. He’s the Alpha of my herd and is not afraid to push anybody around. To be honest, he can be kind of a jerk when he’s not getting his way. He once kicked my husband — then fiancé — in the head and has tried to bite my daughter on more than one occasion. Still, he’s hard working and has achieved more than all my other horses — past or present — combined when it comes to awards.

Let’s face it, Aggie would love Trump’s shock and awe tactics. Aggie is a bully and so is Trump. He doesn’t want to share anything, be it food, pasture space or public affection. He’d also appreciate Trump’s “golden” tan and hairstyle choices. Aggie recently fashioned a wig from his shed hair into a very Trump-like coif. But at the end of the day, he would no doubt believe he could do a better job himself. So, Aggie would probably vote for, you guessed it, Aggie.

Gump is a 15-year-old OTTB born in Florida. He also did a stint in Alabama before coming to Texas, so he’s a dedicated southern belle. His first true love is food. His second love is Aggie, whom he will defend with his life. In fact, their only argument arrives everyday at feeding time when Gump annoyingly tries to reach over the stall divider and swipe a mouthful of Aggie’s grain. Gump is the smallest of my horses, standing at 15.2 hh on a cold and windy day, but also my feistiest. He is a beast XC and randomly jumps in and out of my other horse’s paddocks.

His desire for community property, i.e. food sharing and total disregard for fencing, and his undying love for another gelding, would definitely push Gumpert into the liberal camp. He’s also a bit accident prone, so the idea of free healthcare would certainly appeal to his cash poor owner. Gumpert and Sanders are both tiny, but fierce. There is little doubt in my mind this horse would run around shouting, “Gump feelz the Bern!”

Spiderman is a 12-year-old Thoroughbred. He was born in Ohio and spent time in Georgia and Oklahoma before coming to Texas, making him the most traveled horse of my herd. He’s an introvert and a hypochondriac with a plethora of issues manifesting daily including, but not limited to, sensitive hooves, seasonal allergies and “generalized anxiety issues.” He’s extremely talented when he’s not overthinking. He’s also extremely loving. The other horses seem to enjoy his company — when he’s not obsessively lurking.

I imagine Spiderman as one of those people who watches all the news and reads every article ever published. He would make pie charts and Excel spreadsheets comparing the candidates. He would have Pro and Con lists and detailed infographics. He would become so involved with research that he would be able to argue the points from both party’s perspective. He would daydream about dystopian futures under each candidate and worry about the entire election — and the fate of humanity — based on his one vote. All this obsessive thinking would wreck him. He wouldn’t be able to sleep at night. He wouldn’t be able to function in his normal life. Come election day, he would be standing in the voting booth, staring at the ballot, completely unable to make a decision. Post election, he would definitely need some “me time.”

Who would your horses vote for? Click here to join us on the Equestrians Anonymous forums to discuss!