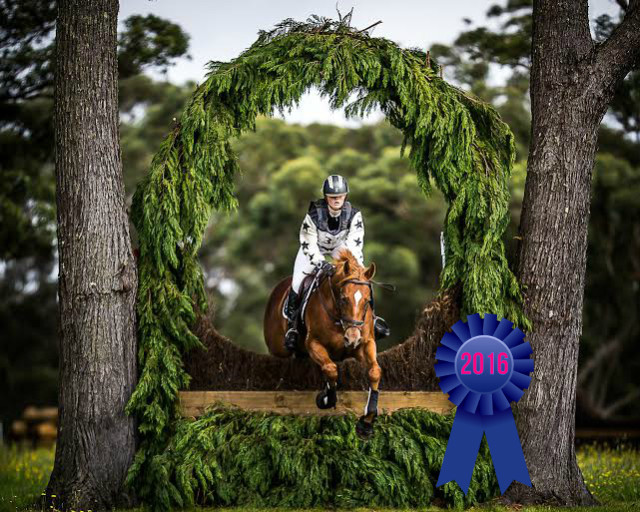 Equestrians all over the world united in support.

The entire equestrian world reeled on Saturday when the news broke that a fatal cross-country accident had claimed the life of seventeen-year-old eventer at Scone Horse Trials in New South Wales, Australia on March 5. Olivia Inglis was competing with her family’s beloved Thoroughbred Coriolanus in her second career CNC2* when the pair suffered a rotational fall, with the horse landing on his rider. Attempts to revive Olivia at the scene were unsuccessful. Coriolanus suffered a displaced fracture in a vertebrae in his neck and was euthanized on Monday.

Eventers and equestrians from all disciplines flocked to social media to send messages of condolence to the Inglis family and to express their grief at a young life taken too soon. On Tuesday morning, March 8, Inglis, the family’s bloodstock operation, announced via Twitter the #RideForOlivia movement:

The death of any equestrian, regardless of discipline, is a sobering reminder that this beloved sport of ours bears very real dangers that we face every time we throw a leg over the back of a horse. When a young rider is taken from us, this reality can be hard to bear. However, #RideForOlivia reminds us equally that we face these dangers for the love of the sport and the love of horses, and in the act of riding, we show our support and honor the memory of one special equestrian who left us too soon.

#rideforoliviaFollowing the tragic accident which claimed the life of Olivia Inglis in Australia, event riders around…

My thoughts & prayers are with the Inglis family-may the memory of Olivia live forever in our hearts #rideforolivia pic.twitter.com/XeIf5XEhN1

#rideforolivia ride free To the two souls taken from the equestrian world?? pic.twitter.com/xuOMCdKbAj

Share your photo with the hashtag #rideforolivia to be part of the photo mosaic to be presented to the Inglis family in memory of Olivia Inglis.