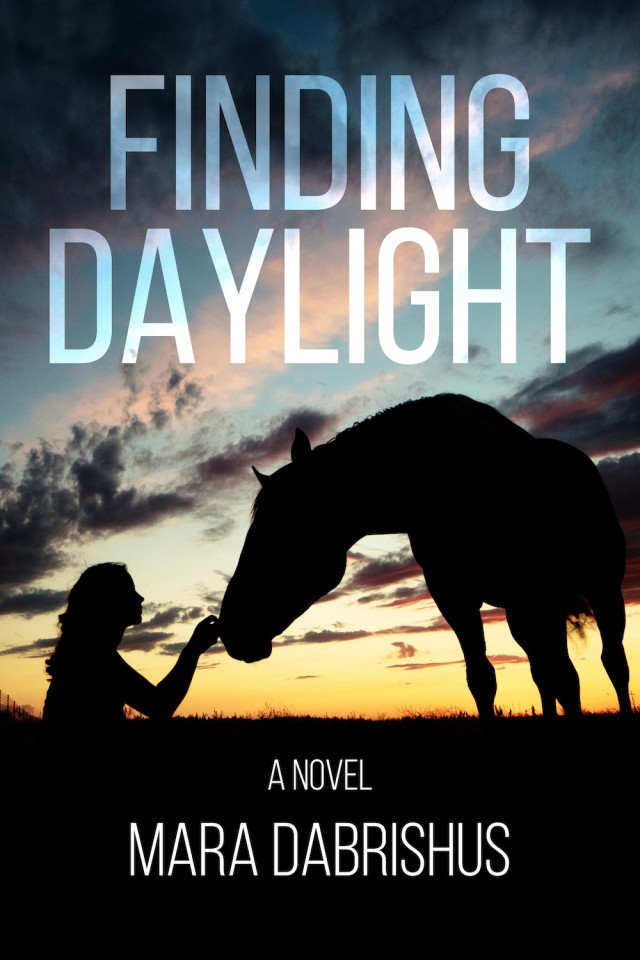 Throughout the various disciplines I’ve ridden in my life — hunter/jumper, western horsemanship, reined cow horse, ranch work and recreational trail riding — my love for horse racing has remained a steady constant. There’s something about the drama and beauty of a field of Thoroughbreds running all-out in pure sport with generations of careful breeding, months of training and the hopes and dreams of all the connections coming together in one moment that grabs my attention and never lets go.

Such was my experience reading Mara Debrishus’ horse racing novel Finding Daylight. Geared as young adult fiction, the storyline was nonetheless gripping to me as an adult reader, and offered the most realistic glimpse of the details of the racing world that I’ve ever come across in a fictional work for young adult audiences.

High school student-turned-champion jockey Georgie Quinn appears to be on top of the world as she and the great filly Sweet Bells — owned in partnership between her family’s once-mighty Ocala breeding farm and the powerhouse operation across the road — capture the Breeders’ Cup Classic against colts, with Sweet Bells poised for a solid four-year-old season and Georgie for a meteoric rise through the ranks as a jockey.

However, from the novel’s first pages, it’s clear that despite the picture-perfect surface, tensions are running high between Georgie’s family at Red Gate Farm and the Armstrongs of Tupelo across the way. Layers of backstory and history of the particularly tense relationship between Georgie and Harris Armstrong, the cherished son of Tupelo, reveal themselves in recalled memories and flashbacks, slowly shading in the past while clouding the present. Relationships build, then crumble, then heal, as Georgie and Harris painfully attempt to reconstruct what was lost in just one fateful day two years prior, when Georgie made a decision to keep her family whole while breaking the Armstrongs apart.

This character story is played out on the great stage of Thoroughbred racing, with the action shifting from Red Gate and Tupelo in Ocala to Gulfstream Park to the Triple Crown trail to Saratoga and back again. The horses play prominent roles, with each animal taking on its own personality while steering blessedly clear of the anthropomorphization trap that’s so common in many novels written for young adults. Even Georgie’s nearly-preternatural relationship with Sweet Bells remains simply a strong horse and rider bond rather than a magical or mystical connection, which I appreciated as a reader.

There are, of course, a few major suspensions of disbelief necessary on the part of the reader: as realistic as the day-to-day details of the backside of various race tracks, the early-morning workouts on the training track and the two-minute intensive struggle that is a horse race might be, it’s perhaps a little difficult to swallow that an apprentice jockey, regardless of familial connections to a great horse, would be the rider of choice for first the Breeders’ Cup Classic on Sweet Bells and then head for the Triple Crown while picking up major prep victories on numerous colts. The novel glosses over exactly how Georgie Quinn found herself in this position, though Dabrishus does an admirable job in preventing her heroine from turning everything she touches to gold. Despite her early success, Georgie remains human, with all the associated foibles and follies.

Dabrishus presents the life of a jockey in a generally accurate fashion, not shying away from injuries and wrecks on the track as well as the often rough riding necessary to stay out of trouble and hold one’s own in the races. While Georgie’s life includes perhaps a few too many parties and formal dinners (with only a passing reference or two to the need to stay light to make weight) and her treatment by her male peers remains safely in the PG-rating zone, Finding Daylight manages to toe the line between good fiction and the reality of the racing world without sacrificing too much in accuracy.

Between a riveting personal storyline involving all of the major characters, the nonstop excitement of the spring and summer East Coast race meets and the vivid language used to describe every workout and race astride a variety of Thoroughbreds, Finding Daylight grabbed my attention from the first few pages and held me tight.

The phrases “page-turner” and “can’t put it down” are thrown around far too often in book reviews, but truthfully, when I could finally pry myself away to put the book down and go to sleep, I often lay awake for a long time, my heart pounding as though I myself had just ridden a racehorse under the wire, his mane whipping back into my face, dirt flying from beneath his hooves.