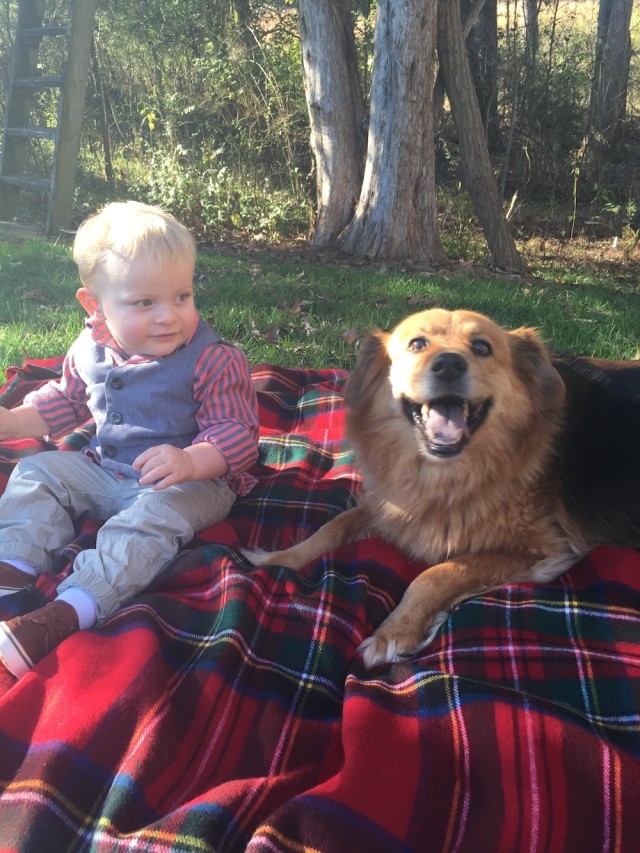 Ashley Farrington, an equestrian and a mother, offers some advice to young moms looking to get back in the saddle or equestrians thinking of starting a family. 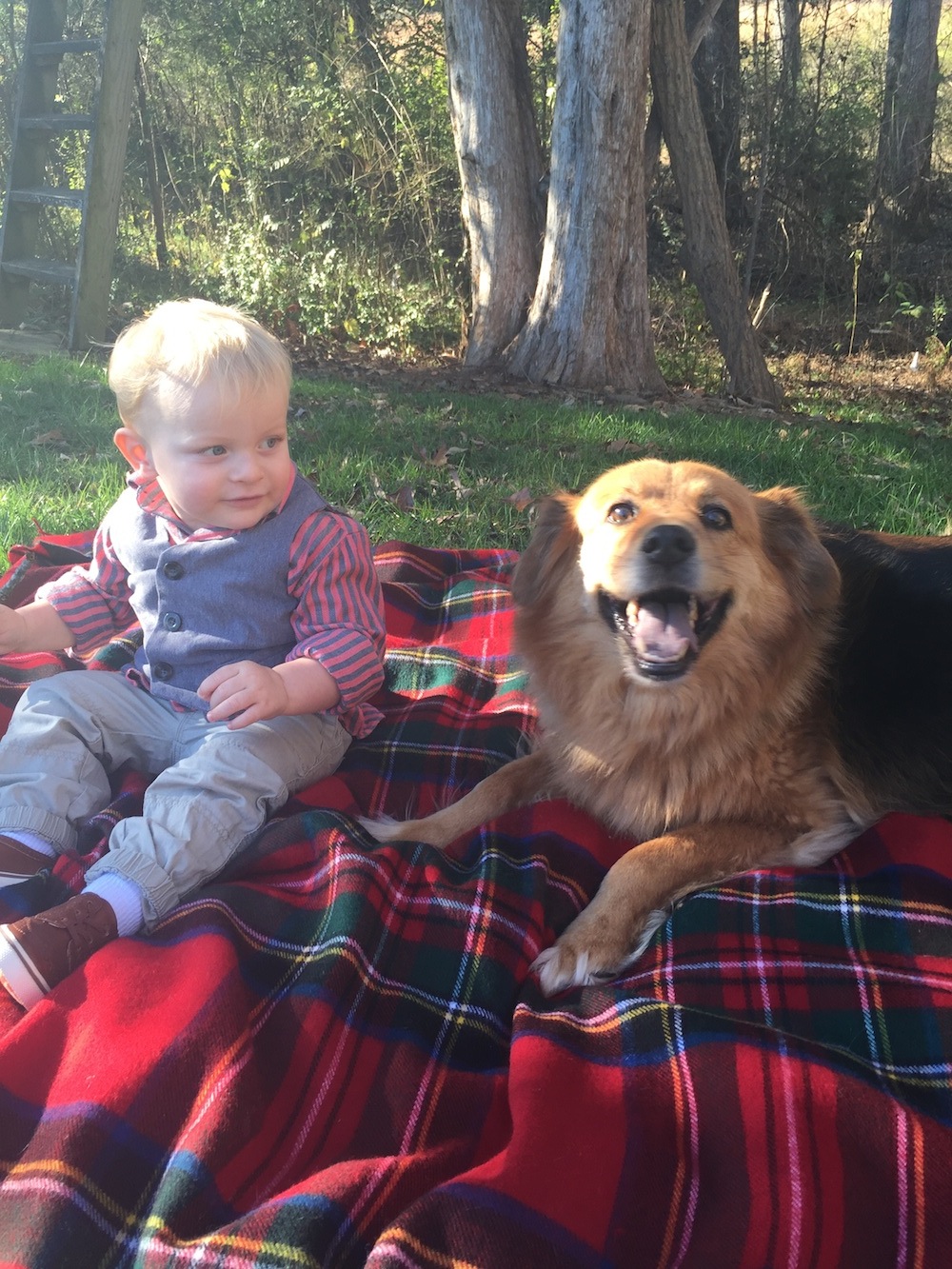 Ashley’s horse show pals: her kid and her dog. Photo by Shawna Hubbs.

Back before I had a kid, I often thought that it would be fairly easy to bounce right back into riding after childbirth. When I was pregnant I saw women like Georgina Bloomberg compete in Grand Prix at 5 months pregnant and again almost immediately after having a baby. I thought that if she could bounce back like that, then I could too.

I’m sitting here doubled over laughing at my pre-baby self. Oh, you poor naïve thing. You are not Georgina with a team of help dedicated solely to getting you back in the saddle and a full-time nanny to take care of your kid. No one warned me what it would be like, so if you are thinking about having kids or are currently pregnant and want to get back in the saddle, let me counsel you.

1. You may think you’re having a heart attack when you first get back in the saddle.

I didn’t ride at all when I was pregnant so I hadn’t ridden for at least a solid nine months when I first got back in the saddle after having a baby. I barely made it trotting once around the arena before I was huffing and puffing like I was running a marathon. My husband, who was watching, asked if I was going to make it. I wasn’t sure that I would.

It takes a while to get bladder control back after having a baby. Every shift and movement of your body will cause you to leak. Have to sneeze? You’ll pee. Doing a lead change? You’ll pee. Going over a jump? You’ll pee. My first time back in the show ring I soaked my breeches and it wasn’t because I was nervous. My poor CWD saddle.

3. It will take you longer to get back to where you were before you had your baby than you think it will.

It takes months to get your fitness back up to be able to compete at the level you were competing at before you had your baby. This is different for everyone, though. I rode every week, worked out and breastfed and it took me almost two years to reach my pre-pregnancy weight. Some women reach their pre-pregnancy weight just months after birth. It just depends on the woman and the exercise routine. That said, considering you most likely will have to take it easy for a while, it will be a process to get fit again. Be prepared to work at it and realize that you most likely will have to work back up to your former competition level.

5. Your priorities may change.

I used to horse show almost every weekend. Now time and financial constraints after having a baby means that I’m much more likely to spend my weekend changing dirty diapers than in the show ring. And I wouldn’t have it any other way.

6. Don’t spend a ton of money on new show clothes in a bigger size.

If you’re riding you’re most likely going to lose all of that baby weight eventually. Buy a few necessities to get you by at a horse show but hold on to those pre-baby show clothes. They will mostly like fit again. If they don’t, though, don’t get too upset over it: horse show styles change all the time and it’s a good excuse to buy new clothes.

7. Falling off will hurt worse.

When you are bruised and still have to go home and lift a baby all evening, it makes it all just a little more ouchy. Actually, at first, riding in general will just hurt. All of your muscles will feel like they’re breaking.

8. Your kid may or may not share your love of horses.

Mine is already obsessed at almost two, but I have plenty of horsey friends whose kids couldn’t care less about horses. If mine ever falls out of love with them it won’t hurt my feelings.

9. You may feel guilty for the time you spend at the barn.

But don’t. Repeat this: don’t feel guilty for the time you need to take for yourself. If the barn is your escape then bask in the joy that is your love for horses. It will make you a better mother if you feel whole and complete.

10. People will expect your ambitions to change.

And this may happen. Since your priorities change, your goals may change. But they don’t have to. If you don’t want them to change, then just prove everyone wrong and show them that you can be a rock star mom and a rock star rider.

There will be so much that will be different but the one thing that won’t change is the love you have for these beautiful animals.

Ashley Farrington is a former hunter/jumper lesson and show barn owner and professional rider and trainer who is now a mom, amateur rider, graduate school student and substitute teacher. Ashley learned to ride under the tutelage of esteemed riders such as New Zealand Olympic veteran Sharn Wordley. She used to spend every other week traveling across the nation to compete in hunter/jumper shows but now spends most of her time chasing after an adorable little boy.