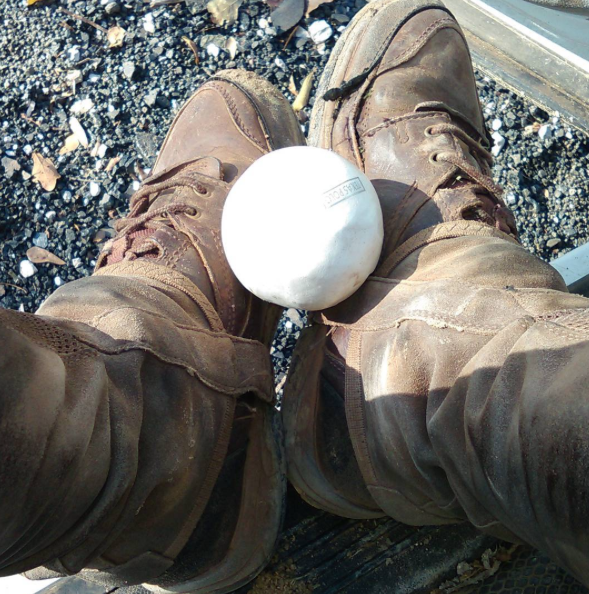 We check out the science behind athlete superstitions and take a look at a few HN Team quirks.

Superstition for athletes is defined as “actions which are repetitive, formal, sequential, distinct from technical performance and which the athletes believe to be powerful in controlling luck or other external factors.”1  Michael Jordan is infamous for wearing his University of North Carolina trunks under his Bulls uniform every single game. Serena Williams brings her shower sandals to the court, ties her shoelaces a specific way and bounces the ball five times before her first serve and twice before her second.2  But why do so many athletes have these weird quirks?

Long story short, research shows superstitions are linked with improved performance — because they grant athletes the psychologically illusion of control. George Gmelch, a professor of anthropology at the University of San Francisco, said, “What they’re really doing is giving themselves confidence. If I do these little rituals, then I’m gonna feel confident going into this activity, and I can succeed and do well.”3

Equestrians are no exception. After doing a quick poll of the Horse Nation team, I found that socks are a prevalent theme. But, hey, even Buck has his lucky red pair!

I have a pair of comic book superhero socks that I always wear when riding cross-country. I like to think that they help my horse and I “ZOOM WHIZZZ WHOOSH” around the cross-country course.

My screaming pink riding gloves and lucky socks. Oh, and my helmet. Can’t ride without it. Fear my head will fall off — Ha!

While I don’t have a talisman, so to speak, my superstition is a twisted derivation of my riding motto, “Perfect practice makes perfect.” It boils down to the fact that I ride the same way every time — same tack, same equipment and the same type of clothing. I certainly don’t wear an untested pair of boots, saddle, helmet or even different brand of breeches at a competition. I really dislike changing my gear mid-season for any reason.

I have a pair of lucky GoSocks with Buck and Reggie on them. They’re sadly faded beyond recognition now, but the idea was born from Buck’s lucky red socks, so I figured perhaps the good luck would transfer. I have to say I’ve never had a bad ride in them including my horse’s first HT and several clinics!

I too have lucky show socks. They’re (shockingly) pink peddies.

I used to have lucky undies.

When I coached intercollegiate/interscholastic at my last job, some of the kids were so attached to their lucky whatever that forgetting said lucky whatever on a given show day would drive them to defeat before they ever got on the horse, and I was not about that noise. So I geared a lot of coaching to “making your own luck” and downplayed the importance of said lucky talismans, and while I can’t say that they necessarily rode any better or worse, at least I didn’t see any more tears in the barn aisle because they forget their magic teddy bear or whatever it was they thought they needed to succeed. This is just a long and fancy way of saying that I don’t have any such superstitions, because I don’t like self-fulfilling prophecies.

When trotting around the dressage ring before a test I play Katy Perry’s “California Gurls” in my head. The beat helps me focus in on the rhythm of the gait and it also helps me relax and take myself a little less seriously!

Have any superstitions? Give us a shout in the comments!

1 An Exploratory Investigation of Superstition, Personal Control, Optimism and Pessimism in NCAA Division I Intercollegiate Student-Athletes
2 Men’s Fitness
3 The Science of Us