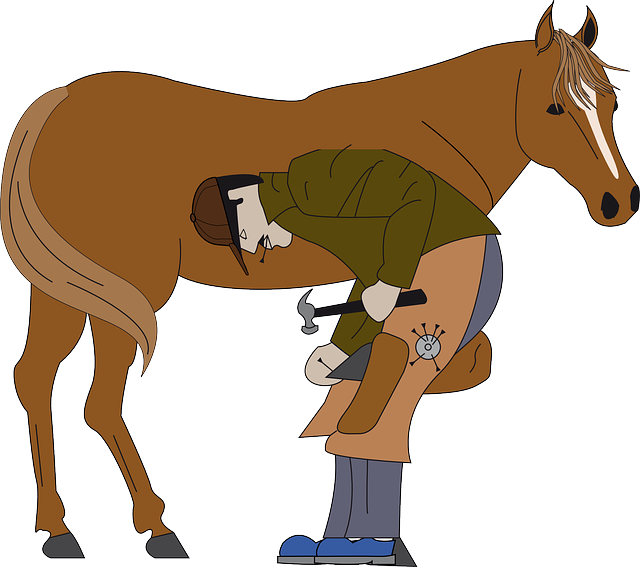 We’ve heard the farriers’ point of view, but there are two sides to every tale.

Last week, we shared “14 Ways to Make Your Farrier Hate You.” The list was composed from real farriers’ feedback on their pet peeves and deal breakers when dealing with clients, and the post went viral. However, there’s a flip side to every story — and it turns out that there are some good reasons to move on from the client’s point of view as well. Gathered from anonymous HN readers, here are nine reasons to fire your farrier:

1. They are unwilling to discuss new techniques or hoofcare — yes, even ones found on the internet — without being condescending. Here’s the deal, farriers, if we don’t ask you, who are we going to ask? So what if we found the information on Pinterest via Tumblr by way of Reddit? The point is we found it, we thought it interesting enough to remember and now we want to discuss it with you.

2. They are a misogynist. Look, we’re not your “sweetie” or “little lady” and we don’t care to hear about your ex-wife, girlfriend or latest bar conquest.

3. Their tools are super gunky and dirty — a valid concern considering some infectious diseases can be passed on via farrier tools. We found this great article, “Don’t Forget About Farriers,” on The Horse.

4. They attempt to discipline my horse, without asking for permission. It’s the owner’s job to prepare horses to stand quietly. And yes, sometimes there are problem horses. But work with us to help us find a solution that works for the horse — don’t just start kicking him, hitting him or slapping him. We do understand that your job is dangerous, that you’ve likely been bitten, kicked or stepped on by horses before, but you don’t start smacking my horse around without warning.

5. They are consistently late for appointments. Being chronically late is sign of unprofessionalism in any industry. Something came up at your last stop? Emergency call popped up in the middle of the morning? No problem, but at least give us a call first.

7. They show up drunk. Not really sure what else needs to be said here.

8. They try to do the job of a veterinarian while forgetting to do the job of a farrier. “I had a farrier try to tell me that a horse had arthritis which was making him lame and that likely his working days were over. He turned out to have an abscess. We have a new farrier now.”

9. You call and they don’t call back. Look, we don’t all have to be the #1 priority, but in this day and age it’s not unreasonable to believe everyone can return a call or text within 24 to 48 hours.

Have you ever fired a farrier? Give us a shout in the comments!