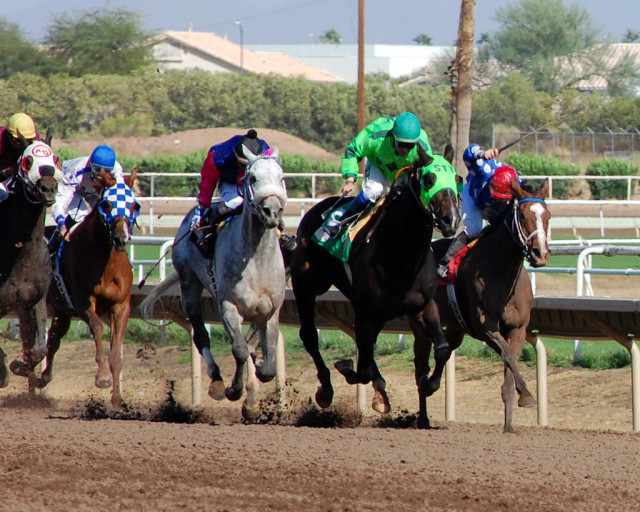 Sunland Park Racetrack and Casino has suffered a major outbreak of EHV-1, forcing large-scale quarantine of the entire facility with six horses euthanized so far. We’ve got the details and a timeline.

An outbreak of the potentially deadly neurological strain of EHV-1 has wreaked havoc on New Mexico’s Sunland Park Racetrack and Casino, forcing facility-wide quarantine and postponement of racing since January 21. A staggering 66 confirmed cases of EHV-1 have been reported, with six horses euthanized.

EHV, or the equine herpes virus, is present in most horses; it’s unknown what causes some horses to develop the sometimes-fatal neurological symptoms. EHV-1 and EHV-4 are the most common strains, with EHV-1 including the neurological form. EHV-1 is highly contagious and spreads through direct horse-to-horse contact, but also through indirect contact on contaminated surfaces such as feed tubs, tack and even humans and clothing. Strict quarantine and disinfectant protocol is critical in an EHV-1 outbreak to prevent further spread of the virus. EHV-1 can be spread by humans but it cannot be contracted by humans.

Here’s a timeline of the EHV-1 outbreak at Sunland Park so far:

Sunland Park has come under intense criticism for its handling of the EHV-1 outbreak, most notably allowing live racing to continue through January 22 though EHV-1 was confirmed on the 21st. A media/PR representative from Sunland defended the track’s decision, stating that “we raced on Friday, January 22nd because we did not know if it was a single, isolated incident. The additional positive tests returned at around 4:30 pm and we immediately suspended live racing.”

Sunland’s director of marketing Ethan Linder stated, “we have roughly 1,500 racehorses on property. Of those 1,500, only 40 are in isolation. We had one bad test yesterday. We’ve gotten to a point where it’s not rampant through the barns and why are we holding up 1,460 horses and the entire racing economy of New Mexico because we have 40 isolated?”

The American Association of Equine Practitioners, or AAEP, recommends maintaining isolation periods around confirmed EHV-1 cases for 28 days. For more information about EHV-1 and proper quarantine protocols, we recommend the AAEP’s EHV-1 resources.