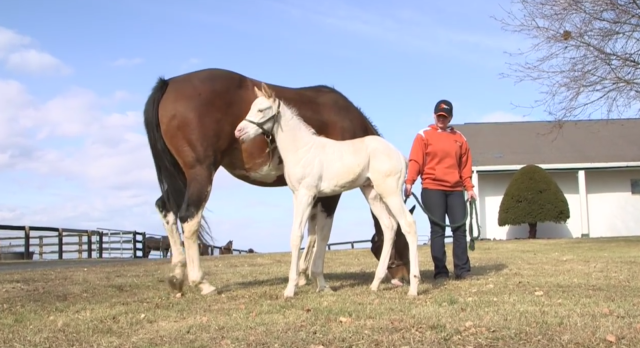 This little guy blazed around social media immediately after his birth, and America’s Best Racing put together a video to introduce Rockridge Stud’s white colt to the world:

True “white” Thoroughbreds are rare, and the genetics behind them might surprise you: according to this article on PaulickReport.com, this color pattern is not due to the pairing of two rare genetic carriers — it’s basically just a genetic mutation. The reasoning behind this theory is that once these genetics appear, they’re inherited so dominantly that it’s unlikely that they’ve been “hiding” for generations while waiting for the correct combination.

Best of luck to you, little white Thoroughbred! We’ll be looking for you on the track in a few years.