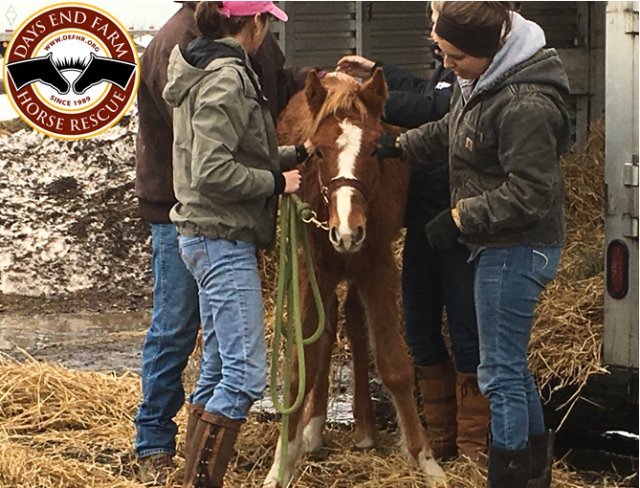 11 counts of animal cruelty were filed on February 3 against Clyde “Renny” Shoop, DVM, and Kimberly Shoop of Jim Thorpe, Pennsylvania after horses and other animals were seized in late January.

Details of the horse abuse case that we first shared on Monday, February 1 are now coming to light as formal charges have been filed. Clyde “Renny” Shoop, a large/small animal veterinarian and his wife Kimberly Shoop have each been charged with eleven counts of animal cruelty after sixteen horses and other animals were seized from their property in Lower Towamensing Township.

Initial efforts by Pennsylvania State Troopers began on January 20, 2016 when a complaint was received about several dead horses on the property, which is owned by Clyde Shoop and where Kimberly Shoop lives. Within two days, investigators discovered the remains of a horse in the pasture, three dead horses under pallets and another dead horse beneath a partially-burned mattress. Additional remains of horses, sheep, a goat, a dog and a lamb were discovered in a pit.

On January 22, the initial removal of animals from the property took place, with five severely ill horses sent to Quakertown Veterinary Clinic. Two of these horses died within 48 hours; a third had to be euthanized after transport to Days End Farm Horse Rescue after exhibiting symptoms of neurological compromise. Over subsequent days, a total of 16 horses, 20 sheep, 10 dogs, a calf, a pig, a raccoon, a wild turkey, two alligators, a boa constrictor and several birds were all removed from the property by police.

Alarmingly, this is not the first time that Clyde Shoop has been charged with animal cruelty: in 2009, he was charged with four counts of animal cruelty and two counts of tampering with evidence, but the charges were dismissed because no expert witness were available to testify. Back in 2001, Shoop was fined $500 for practicing veterinary medicine with an expired license.