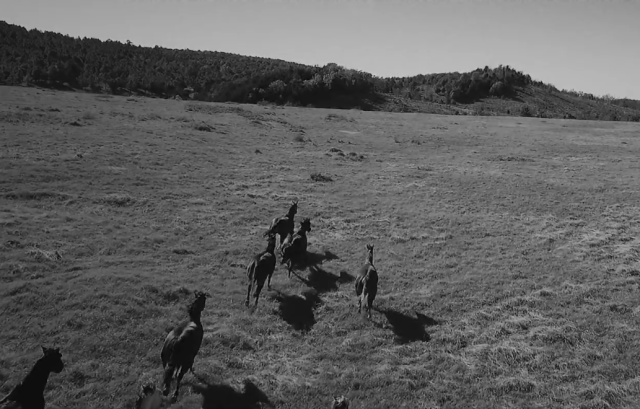 If the video alone doesn’t make you weep, then learning the emotional and personal backstory behind Reba McEntire’s latest song “Just Like Them Horses” probably will.

We’re always suckers for a good music video involving horses, but the new video for Reba McEntire’s song “Just Like Them Horses” has an emotional message behind us that hit us right in the gut with all of the feels.

The video on its own is simply lovely:

But when you learn the backstory, you’ll want to have your box of tissues handy. Reba dedicated this video to her father, Clark McEntire, a ProRodeo Hall of Famer and professional cowboy, who passed away in October of 2014. Reba’s referred to Clark as her “rock” on more than one occasion, bringing her proud father along on international tours with her and recalling fondly the childhood she spent on her father’s Oklahoma ranch.

Reba performed this song at her father’s funeral, and then thought long and hard about what kind of video she wanted to produce for the single. The finished product was shot entirely at the McEntires’ Oklahoma ranch, and features Reba’s mother Jacqueline prominently as well.

The singer released a letter with the premiere of this video, describing her mother and father as well as the ranch itself. Jacqueline McEntire, the other star of the video, “was and still is the glue to our family. Without a doubt, the ranch wouldn’t be what it is today without her. She was the partner, bookkeeper, Number One hired hand, cook, my best friend and as I said, the glue. So many times things could have gone south but she held us all together.”

Clark McEntire’s “life was horses, cattle, land, rodeo and business. Daddy did a lot of traveling in his life. When he wasn’t rodeoing or buying cattle, he was working hard on the ranch. I took him to Europe and Australia. On one of those trips he said, ‘If I ever get home, I’m not gonna go past the mail box. My favorite line of the song is, ‘Just like them horses, now it’s time to run.’ He did. He ran all the way to heaven. Just like them horses.”

And as for the ranch itself: “Those old hills mean a lot to me… and they still call me back time after time.”

Reba, we totally understand. What a moving and emotional tribute to the people and places that shape a person — “Just Like Them Horses” is simultaneously a personal message about Reba’s own life and love, and also a universal experience that any of us can recognize.