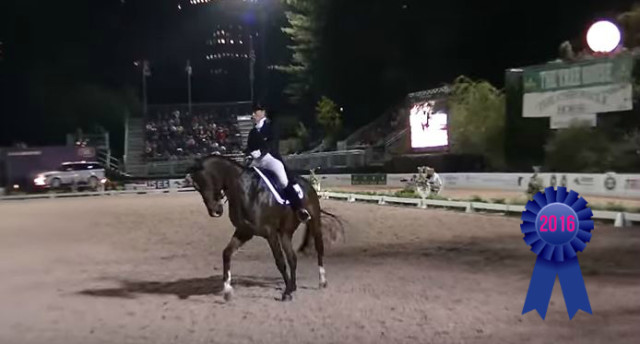 What better way to honor the life of the Goblin King than with dancing horses?

You may have heard the sad news that British musician and legend David Bowie passed away at the age of 69 after a long bout with cancer, but it seems clear from his final work that he was determined not to go quietly into the night, and we at Horse Nation support that kind of bittersweet pluck. As Bowie himself said, “I don’t know where I’m going from here, but I promise it won’t be boring.”

In honor of wherever you’re headed next, Mr. Bowie, we’d like to take the liberty of dedicating Isabell Werth’s killer Grand Prix Dressage Freestyle with El Santo at the Central Park Horse Show to your awesome afterlife adventure. It’s infused with some of your danciest hits, and we hope you’re doing a lot of that in the Avant Garde Ether.