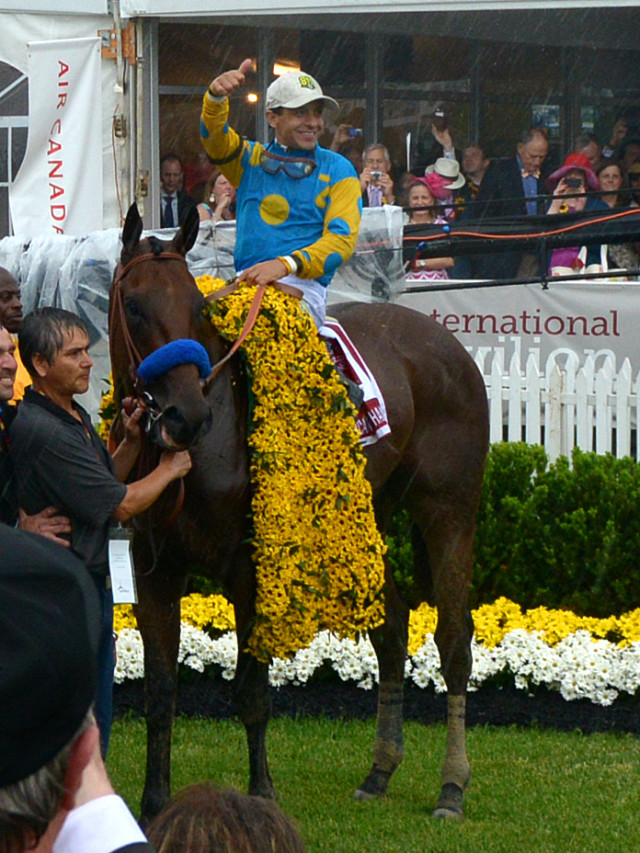 I remember as a child growing up in a mixed-faith household being surrounded by holiday music of all sorts. One of my favorites was Adam Sandler’s “Chanukah,” a song where he tells all of the lonely Jewish kids not to lament because there is a long list of Jewish celebrities who are Jewish just like them. Every once in awhile, he’ll alter one of the verses to include a new Jewish celebrity.

I know this announcement will raise some questions. How can a horse be Jewish? Is he circumcised? How will they lift the chair for the Hora at his bar mitzvah? Okay, okay — Pharoah may not officially be Jewish, but his owner, Ahmed Zayat is, and with Pharoah being the first horse to win the the Triple Crown in 37 years it seemed appropriate to include him on the list. So here is my recommendation for the new verse of “Chanukah”:

And here’s Adam Sandler’s original version if you haven’t been lucky enough to hear it before: