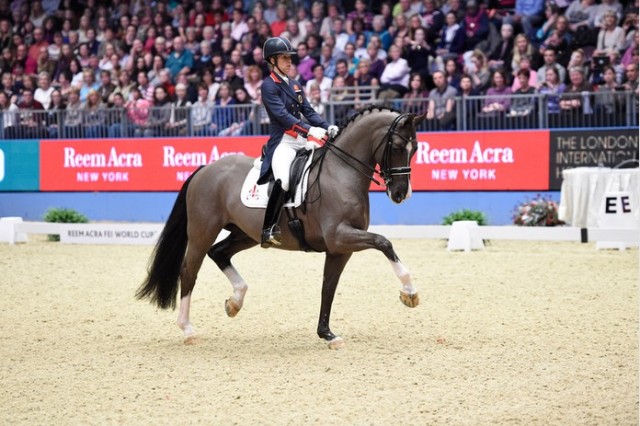 In the wake of today’s announcement that Valegro may retire next year, Jenni Autry compiled a list of the dressage champion’s top three most memorable performances. Here they are, as kindly republished from our sister site Eventing Nation.

It’s been a bittersweet day for the global equestrian community, as Charlotte Dujardin has announced that the reigning Olympic, World and European dressage champion Valegro may retire next year following the 2016 Olympic Games in Rio de Janeiro.

Carl Hester later clarified to Horse & Hound that if “Blueberry” does retire next year, it would likely be in front of his hometown crowd following an encore performance at London Olympia in December.

The 13-year-old Dutch gelding has captured our hearts and imaginations over the years with stunning performances we won’t soon forget. Here are three top Valegro moments that stand out to us. Share your own “Blueberry” moments in the comments below.

This post was updated on Nov. 17 with additional information on Valegro’s retirement plans.