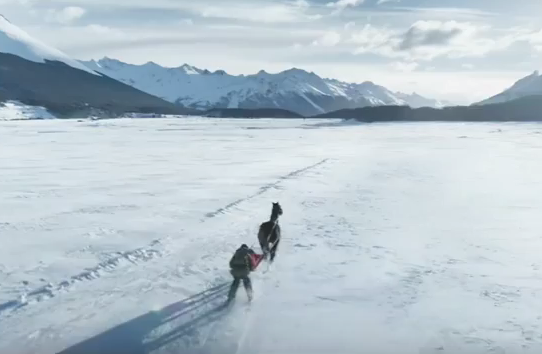 Equestrian skijoring, a crazy sport horsepeople in cold climates invented to keep themselves entertained in the winter, is the focal point of a new ad from camera maker Canon.

Skijoring isn’t exactly the easiest winter sport to video, which is what made it such a great subject for the ad.

The commercial was filmed in snowy Patagonia and required a drone as well as an array of Canon cameras. According to the Canon website, challenges included the weather conditions, which were “were extremely changeable… five minutes after this shot was taken, visibility was down to just 1.5 meters.”

The crew used a snowmobile to keep up with the action, but even its top speed of 64kph was just barely enough to keep up with 55-year-old Skijoring World Champion Franco Moro and his horse Paultio.