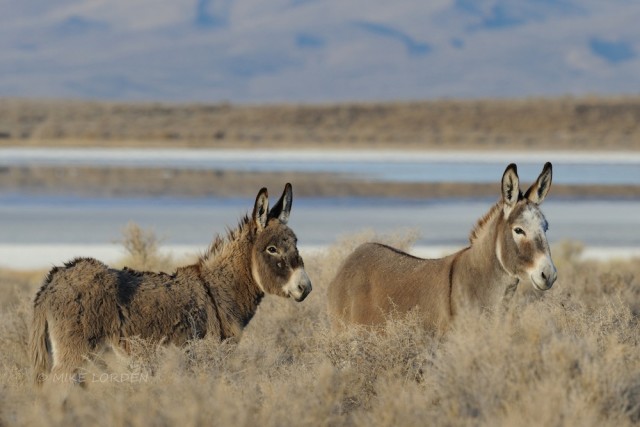 Wild burros are protected under the Wild Free-Roaming Horses & Burros Act — but often get overlooked despite the spotlight on America’s mustangs. The Platero Project seeks to change that fact.

Wild burros can be found today in five western states, particularly numerous in Arizona. While domesticated donkeys were present in Arizona as early as the late 1600s, today’s burro is descended primarily from pack animals who escaped or were released by pioneers and prospectors throughout the nineteenth century. Naturally hardy, strong and sensible, the burro adapted quickly to the relatively harsh conditions of the American west, with herds gaining footholds and thriving especially in Arizona’s high deserts.

While the burro is legally viewed in the same light as the American mustang, protected under the Wild Free-Roaming Horses & Burros Act as a living symbol of the history of the American West, the wild horses often seem to receive most of the public’s attention. Admittedly, the wild horse galloping the plains is an awe-inspiring sight with the horse’s ability to spark the imagination in a way that the humble burro can’t quite seem to master. However, the American Wild Horse Preservation Campaign has created the Platero Project to shed some much-deserved light on the plight of the wild burro — which is just as dire as that of the mustang.

Both burros and mustangs under the jurisdiction of the Bureau of Land Managements (as well as the US Forest Service) live on designated Herd Management Areas, or HMAs. There is also one designated Wild Burro Range in the United States as well. Burros and mustangs share one HMA in Arizona, two in California, six in Nevada and one in Oregon. The Bureau of Land Management, or BLM, sets an Appropriate Management Level, or AML, which is a set number of animals that each HMA can support; burros and mustangs are managed with their own AMLs. When the number of animals exceeds the number set by the AML, the BLM may stage a roundup and removal of excess mustangs or burros.

While the roundups are often traumatic and even deadly to the horses, they’re devastating to the burros. Anyone who’s ever worked with a donkey might call the animal “stubborn;” in reality the donkey or burro is a steadfast creature that stands its ground before it flees. This nature does not lend itself well to the mounted or helicopter roundups practiced by the BLM: the burros typically scatter under pressure, unlike their equine cousins who stay in close bands in a blind panic. Other measures to attempt to force the burros into corrals can get rough on the animals.

As habitat areas shrink, the burro population of the United States has grown more fragmented and separated, dooming the genetic diversity of the species as a whole. A healthy genetic variability is typically at about 70%; the burro population is now at about 20%. With herds too widely scattered now to allow for genetic mixing, populations are becoming inbred. The National Academy of Science noted in July of 2013 after a study of BLM wild horse and burro management that “removing burros permanently from the range could jeopardize the genetic health of the total population.” Only about 11,000 burros remain in the wild.