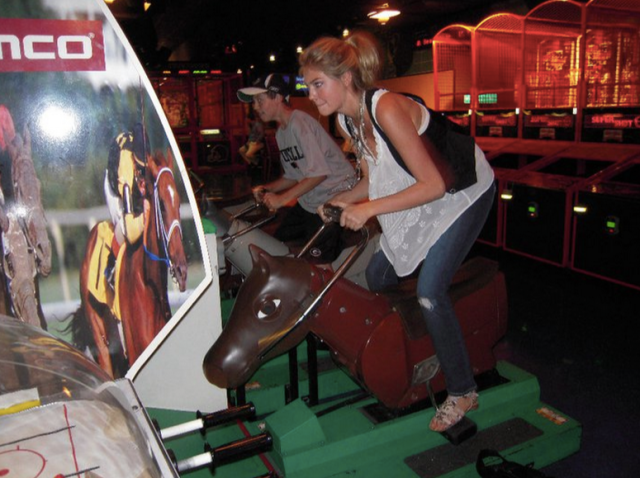 The model and actress is no stranger to loving horses. She competed in the American Paint Horse Association at the national level. With her horse Roanie Pony, she won three APHA Reserve World Championships: 13 and Under Western Riding, 13 and Under Horsemanship and 14–18 Western Riding.

She was also named the 13 and Under Reserve All-Around Champion, placing her third overall on the APHA youth Top Twenty.

Although her busy modeling schedule doesn’t leave much room for competition, it appears she still owns several of her Paints.

Kate, like any proper equestrian fangirl, is absolutely dying to meet Triple Crown winner, American Pharoah. She recently told Jimmy Fallon in an interview, “I just want to make out with American Pharaoh.” Kate will be giving out the Breeders Cup trophy this weekend, so she just might get the chance!

Win or lose, give him a smooch for all of us, Kate!